The Red Sox reversed an 86-year-old curse in 2004 when they won the World Series. They followed that performance up three years later, beating the Colorado Rockies in four games in 2007 to once again become champions.

In this week’s Throwback Thursday twofer, we bring you footage of the Red Sox’ 2007 World Series championship parade through Boston. Check out the video above to celebrate with the likes of Curt Schilling, Kevin Youkilis and Coco Crisp. 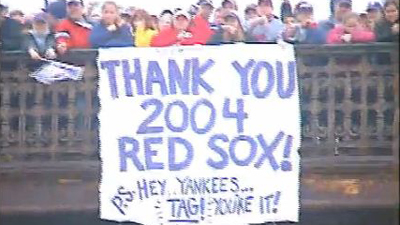