The defensive tackle missed practice entirely for the second straight day with a knee injury. He got hurt in Sunday’s game against the Bengals. He was able to participate in one play after leaving the game with the non-contact injury. He was spotted later not pedaling a stationary bike.

Stevan Ridley was limited on his injured knee. Leon Washington (ankle), Jamie Collins (not injury related) and Kelly were the only players who did not participate in practice. Michael Buchanan missed practice on Wednesday for non-injury related reasons. He was back on the field on Thursday. 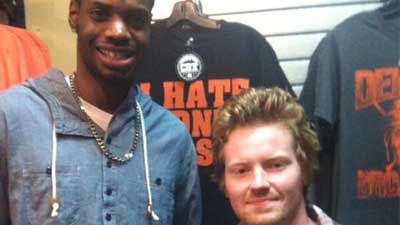 Karl Malone Mocks Basketball ‘Body Armor,’ Says Armor Is for Soldiers ‘And They’re Doing a Hell of a Job’