Tyler Seguin Says Boston Will 'Always Be a Part of Me,' Excited to Face Former Team for First Time (Video) - NESN.com Skip to content

For the first time since being traded to the Dallas Stars over the Fourth of July weekend, the 21-year-old returns to the TD Garden. After beginning his career in Boston, spending three years with a spoked-B on his chest and being heralded as the future of the franchise, Seguin spoke about facing his former team for the first time, admitting that it feels somewhat odd.

“It’s a little weird, just pulling into the city. Definitely a little awkward, as you might say, but after a few minutes on the ice it felt good,” Seguin said.

Although the split wasn’t what the Bruins had envisioned when they drafted him second overall in the 2010 draft, Seguin helped the B’s hoist the Cup in 2011, led the team in points the following season and contributed to their Cup Final appearance in 2013, leading the forward to reflect on his time in Boston fondly.

“There are some tremendous memories here,” Seguin said. “It’s a good feeling when I come here. I know I’m not a part of Boston anymore but it’s always going to be a part of me and I’m still going to visit in the summers all the time. So it?s still nice to be here again.”

With concerns on and off the ice surrounding the young player, the B’s officially decided it was time to move on from Seguin this past summer, and while he owns up to the mistakes he made, Seguin isn’t dwelling in the past and what could have been.

?In the end, people make mistakes. Everyone does,? Seguin said. ?I don?t think I regret too much. I faced up to all the music already, and I?ve moved on. I?m very excited to be in Dallas.?

Although Seguin is excited to see some old buddies, telling reporters that he’ll probably grab dinner with Brad Marchand on Monday night, he wouldn’t mind proving people wrong on Tuesday, but that’s the mindset he maintains throughout the season.

“Well, I’m not going to stand here and say that I’m not going to play a game and try to prove Boston wrong and prove some of you guys standing here wrong as well. That’s what you do every day. Nothing changes when you’re playing against a certain team.”

Check out the video below to hear more of Seguin’s thoughts on his homecoming. 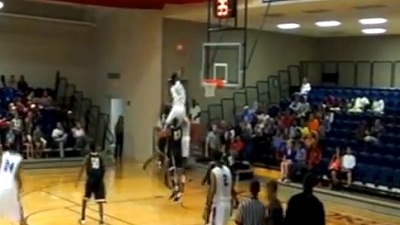