Alex Rodriguez‘s fall from grace has been fascinating.

It once looked like Rodriguez would cement himself as one of the greatest players in Major League Baseball history. Now, Rodriguez inevitably will leave the game as one of its biggest villains ever.

The (almost) universal hatred that surrounds Rodriguez is actually quite impressive. No one in baseball — and perhaps sports — captivates an audience for the wrong reasons quite like Rodriguez. He has the money, arrogance, star status and, above all, a tainted legacy. Rodriguez’s connection to performance-enhancing drugs, which resulted in the slugger being suspended for all of 2014, will forever cloud his baseball accomplishments.

But who else in Major League Baseball plays a good villain? For every player who’s revered, there’s another player who fans simply can’t stand. And then, of course, there are players who are incredibly polarizing figures — with fans often rooting for or against the player rather than teams involved in a particular game.

Baseball has had plenty of villains over the course of its storied history, but let’s focus on those currently involved in the game. Each of the following figures is — for one reason or another — notorious among many baseball fans. 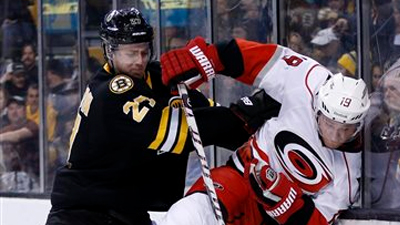 Dougie Hamilton Out For Bruins Tuesday Night With Mild Concussion