Major League Baseball vaulted into the 21st century of technology on Thursday, approving a huge expansion of instant replay in hopes of eliminating blown calls that rile up players, managers and fans.

Owners, players and umpires approved the new system, acknowledging that the human element had been overtaken in an era when everyone except the umps can see several views over and over in slow-motion.

Now, each manager will be allowed to challenge at least one call per game. If he’s right, he gets another challenge. After the seventh inning, a crew chief can request a review on his own if the manager has used his challenges.

“I tell you the fans will love it,” baseball commissioner Bud Selig said after owners met and voted their unanimous approval. “It’s another in a long list of changes that will make this sport better than it already is.”

Baseball was the last major professional sport in North America to institute replay when it began late in the 2008 season. Even then, it was only used for close calls on home runs. The NFL, NBA, NHL, some NCAA sports and major tennis tournaments all use a form of replay, and even FIFA and the English Premier League have adopted goal-line technology for soccer.

Managers still will occasionally bolt from the dugout with their veins bulging, though. The so-called “neighborhood play” at second base on double plays cannot be challenged. Many had safety concerns for middle infielders being wiped out by hard-charging runners if the phantom force was subject to review.

Ball-and-strike calls can’t be contested. Neither can check-swings and foul tips. Nor can obstruction and interference rulings — those are up to the umpires’ judgment, like the one at third base in St. Louis that ended the Boston Red Sox’ loss in Game 3 of the World Series last October.

All reviews will be done by current MLB umpires at a replay center in MLB.com’s New York office. To create a large enough staff, MLB agreed to hire six new big league umpires and call up two minor league umps for the entire season. A seventh major league umpire will be added to replace the late Wally Bell.

Managers and others in the dugout will be allowed to communicate by phone with someone in the clubhouse who can watch the videos and advise whether to challenge a call.

Joe Torre, MLB’s executive vice president of baseball operations, said work continues on a proposed rule that would ban home-plate collisions between runners and the catcher. The rule has not been written and talks on its content are ongoing between MLB representatives and the players union, Torre said.

Worries that replays would slow the pace of baseball games even more were offset by this: Replay decisions cannot be argued. Replay umpires will make their final rulings in no more than a minute to 90 seconds, Torre estimated.

“With our technology today, we can do that in a way I don’t think we will interrupt the flow of the game,” Bochy said.

To make reviews uniform, cameras will transit 12 angles from each ballpark. MLB COO Rob Manfred said it was uncertain whether the replay system will be in place in Australia for the season-opening series between the Arizona Diamondbacks and Los Angeles Dodgers.

“For some, the discussions regarding expanded replay appeared to move too slowly, too deliberately,” said Brian Lam, the lawyer for the World Umpires Association. “But there were technical and operational challenges that needed to be addressed, and that took time. With so many competing interests and opinions, it is unlikely that all will be completely pleased at the end of the day, but that’s often the nature of things.”

MLB had talked for a few years about expanding replay to include fair-or-foul calls and trapped balls. Several missed calls in the postseason ratcheted up the debate. The players’ union gave its approval for the 2014 season.

“The players look forward to the expanded use of replay this season, and they will monitor closely its effects on the game before negotiating over its use in future seasons,” MLBPA executive director Tony Clark said in a statement.

Selig said the replay expansion ranks “very, very high” when compared with other moves made during his time on the job.

The new rule allows ballparks to show fans the same replays on stadium video screens. But only plays under review can be shown on the screen in slow motion.

The existing rule on umpires calling for a review of whether a hit was a home run or not will remain, although the review will be done by the umpire in New York.

Torre said the number of manager challenges were limited to a maximum of two to maintain “the rhythm of the game.”

“We’re going to start this way and if we feel something has to be adjusted we’re certainly going to be aware of that,” Torre said. 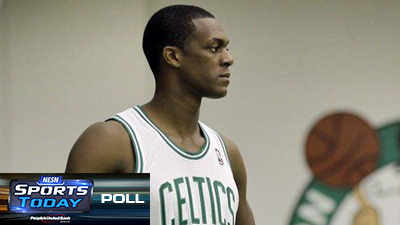 Vote: What Should Danny Ainge Do With Rajon Rondo This Season?