Well, maybe not quite. But among the Boston Red Sox?s cluster of young, up-and-coming pitchers, it?s hard not to look at Workman, who played a key role in the club?s 2013 World Series victory, as somewhat of a leader.

?You saw last year with me and (third baseman) Xander (Bogaerts), we put ourselves into a good position and then were given an opportunity and were able to take advantage of it a little bit,? Workman said at Red Sox spring training. ?There?s no reason why the same thing isn?t going to happen for [Anthony] Ranaudo, [Matt] Barnes, [Henry] Owens, all those guys.?

The Red Sox enter 2014 in an enviable position of having tremendous starting pitching depth beyond the expected rotation — Jon Lester, Clay Buchholz, John Lackey, Jake Peavy and Felix Doubront — and veteran swingman Chris Capuano. Ranaudo, Barnes, Owens, Drake Britton, Allen Webster and Rubby De La Rosa — in addition to Workman — all are capable of taking the ball in a starting role, with some pitchers obviously closer to the majors than others.

Workman, however, has experience that none of the other young pitchers have. The 25-year-old was placed in high-leverage situations toward the end of the 2013 regular season and then pitched meaningful innings in the playoffs, including a scoreless frame in Boston?s World Series-clinching win.

?It definitely took a little while for that to sink in,? Workman said of pitching in Game 6 of the Fall Classic. ?It was an unbelievable experience. I still have trouble putting it into words.?

Workman?s 8 2/3 scoreless playoff innings might be difficult to grasp, but the club?s other young starters — most notably, Barnes and Ranaudo — continue to try to pick the right-hander?s brain about last season.

?A little bit. I don?t have the best brain to pick, I don?t think,? Workman said, laughing. ?But we?ve talked about some things like that a little bit, and I try to let them know what to expect when they do get up there, because obviously both (Barnes and Ranaudo) are going to pitch in the major leagues. When they ask me things, I try to give good answers to them.?

Workman showed poise beyond his years in 2013, whether in a starting role or out of the bullpen. It?s reasonable to wonder if he — by virtue of his bulldog mentality — might someday be considered for the Red Sox?s closer role when Koji Uehara eventually departs, although Workman finds all speculation to be irrelevant.

?I honestly don?t look at that kind of stuff,? Workman said. ?I don?t look at the starter role and see if that?s an option for me. I just try to do my best pitching when I?m given opportunities, whatever role they see fit off of that. It?s kind of out of my hands if I just take care of my pitching, so that?s all I worry about.? 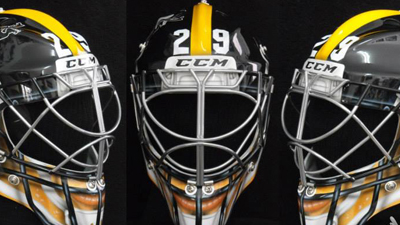