Jose Mourinho was supposed to protect his “little horses” from snakebites.

The Chelsea manager deftly shielded his players from criticism for much of the season but finally let his guard down. Now the great snake charmer Mourinho must deal with fallout from private comments gone public.

French television station Canal+ filmed a private conversation between Mourinho and a sponsor Feb. 17 in which Mourinho criticized the strikers he has at his disposal: Samuel Eto’o, Fernando Torres and Demba Ba.

“The problem with Chelsea is I lack a striker,” Mourinho told a senior executive of Swiss watchmaker Hublot. “It is not possible for us to win the Premier League. I have Eto’o, but he is 32 years old, maybe 35, I don’t know.”

A furious Mourinho blasted the media at his press conference Tuesday, saying his lighthearted remarks were taken out of context and never meant for public consumption.

“It was a funny conversation with somebody that doesn’t belong to the football world,” Mourinho said, according to the BBC. “It is a disgrace that someone is taping a private conversation.

“I’m not defending what I’m saying. I’m attacking something that is, I think, fundamental in your professional area, and that person showed exactly what he is or what he does not know about the job.

“From my perspective, the comment is not obviously a good one, not one I would do in a serious way, not something I would do in an official way in an interview. First of all, because I don’t make fun. Secondly, because if there are managers in the world that really defend their players, I am obviously one of them. And third, because Samuel Eto’o is Samuel Eto’o.”

The public isn’t supposed to know how Mourinho really feels about Chelsea’s striker situation. Mourinho keeps his honest thoughts on team matters in-house. It’s part of the genius of his man-management abilities.

But Mourinho calculates his messages to the media, hoping to provoke certain reactions from the press, public and opponents. These are the managerial “mind games” at which Mourinho excels.

Eto’o, Torres and Ba have scored just 19 goals in 40 games (in all competitions) this season. That paltry return is a fundamental reason why Chelsea is locked in a heated race for the Premier League title instead of running away with it. It’s why most of the media has allowed Mourinho to downplay his team’s title hopes since July. There was chuckling when he recently called Chelsea the “little horses” of the title race.

Mourinho is raging because Canal+ didn’t just break the rules of the manager-media game. It violated its core principles and ethics.

Mourinho’s comments shouldn’t negatively affect morale in the Chelsea camp, particularly among the three attacking amigos of Ba, Eto’o and Torres. Ba has had 33 minutes of Premier League action in 2014. Torres has started 11 of Chelsea’s 27 league games this season. While longtime friends Eto’o and Mourinho embody the idea of mutual respect among professionals, Mourinho knows he can’t depend on Eto’o to deliver top performances in two games each week. Chelsea’s strikers already know where they stand in Mourinho’s eyes, and the private comments won’t shock them into a season-ruining funk.

The media can be a deadly snake whose poisonous bites hinder or kill a team’s spirit. Mourinho has proven himself to be a master at handling and even charming the English version of this snake. The Portuguese tactician makes himself the center of attention by absorbing press criticism in bad times and dispersing praise throughout his team in good times.

But like any snake charmer, it’s only a matter of time before the snake bites the charmer’s hand. When that happens, onlookers initially gasp. Then they say, “Well, what do you expect? He was playing with snakes.” 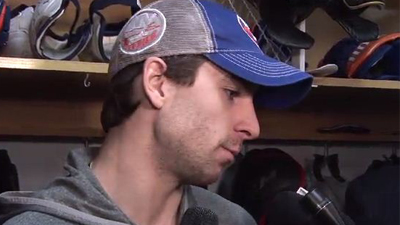