Why work on defense when your attackers can conjure up these types of goals, right?

Arsenal midfielder Tomas Rosicky scored the third goal in his team’s 4-1 victory over Sunderland on Saturday, finishing a slick, passing move with aplomb.

The fabulous team goal was Rosicky’s first Premier League goal of the season. It put Arsenal ahead 3-0, en route to a comfortable victory.

Rosicky hadn’t scored a league goal since last April, but the 33-year-old ended his goal drought in spectacular fashion.

Rosicky’s goal was similar to the one Wilshere scored against Norwich in October. These moments of magic provide some defense for manager Arsene Wenger’s philosophy of attack-oriented soccer.

See Rosicky’s goal against Sunderland below. 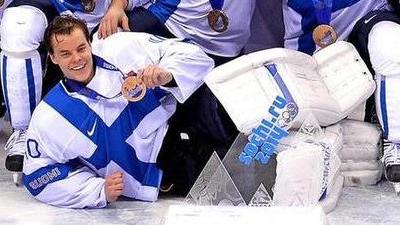 Bruins In Sochi: How B’s Players Fared At 2014 Winter Olympics