The Denver Broncos didn’t expect Seattle Seahawks fans to be so loud at the start of Super Bowl XLVIII.

On the Broncos’ first offensive snap on Sunday, the MetLife Stadium crowd was rocking, leading to a safety after center Manny Ramirez’s snap flew over quarterback Peyton Manning’s head. Wide receiver Wes Welker said the Broncos didn’t prepare for the noise before the Seahawks’ 43-8 win in East Rutherford, N.J.

?That’s the way the start of any Super Bowl is: It’s going to be loud,? Welker told themmqb.com. ?The fans are going to be yelling. They don’t really know why they’re yelling — it’s just the start of the Super Bowl. We didn’t prepare very well for that, and it showed.?

The Broncos actually prepared for it to not be loud. Head coach John Fox turned the volume down on simulated crowd noise during practice.

Manning said the play was no one’s fault. But it was fitting that the Seahawks’ crowd, nicknamed the 12th Man because the fans’ noise gives their team an extra man on the field, scored the first two points for Seattle.

“We were using a snap count on the play, but due to the noise, no one could hear me,” Manning said after the game. “So really I was walking up to the line of scrimmage to make a change and try [to] get us on the same page. The ball was snapped. Really just an overall — nobody’s fault.”

Ramirez said he thought he heard Manning, who was walking forward because he had already yelled out his snap cadence. 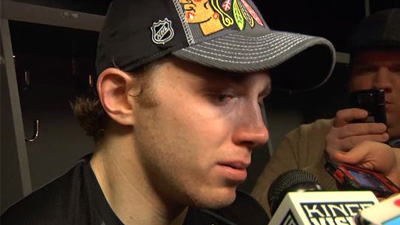 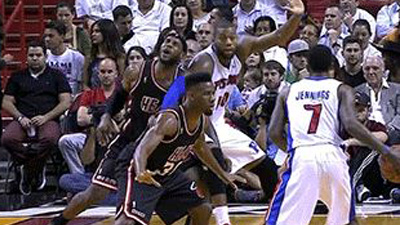 LeBron James Flops Twice In One Play, Gets Called For Foul (GIF)