The NHL trade deadline has passed, so now it’s time to grade teams for the moves they made and the ones they did not.

Check out our notable winners and losers from the 2014 NHL trade deadline:

The Ducks essentially swapped top-six forward Dustin Penner for veteran defenseman Stephane Robidas, who was acquired from the Dallas Stars.

Robidas makes the Ducks a tougher team to play against with his toughness, playmaking skill and right-handed shot on the blue line. The 37-year-old blueliner is still recovering from a broken leg suffered in November and won’t be ready to return until later this month.

Anaheim didn’t acquire a top-six forward to replace Penner, but his departure opens up a spot for top prospect Emerson Etem to play a larger role in the offense.

The Habs made the biggest surprise move of the day by acquiring top-line forward Thomas Vanek from the New York Islanders. The cost to acquire the 30-year-old winger was only a second-round draft pick and forward prospect Sebastien Collberg (33rd overall pick in 2012), per Newsday.

The Canadiens rank 20th in goals scored, and injuries to top-nine forwards have hurt their depth throughout the season. Vanek will significantly improve Montreal’s level of skill, speed and playmaking ability at even strength and on the power play. He’s tallied 53 points (21 goals, 32 assists) in 63 games this season.

As an added bonus for the Canadiens, Vanek has dominated the rival Boston Bruins throughout his career.

Los Angeles — which has allowed the fewest goals in the NHL — badly needed to acquire a goal scorer of Gaborik’s caliber because the team ranks 27th in scoring and 26th in power-play percentage. Only three Kings players have scored more than 12 goals this season.

Gaborik’s durability is a concern given his recent health issues and the fact he’s missed 40 games this season. With that said, he’s injury-free right now and one of the league’s top goal scorers when healthy. The 32-year-old forward has scored 30-plus goals seven times. Expect him to play with first-line center Anze Kopitar.

The Rangers want to compete with the Boston Bruins and Pittsburgh Penguins for the Eastern Conference title this season, and a Ryan Callahan-Martin St. Louis swap (plus draft picks) will help the Blueshirts in the short term.

Callahan’s contract demands were too rich for New York, so general manager Glen Sather replaced him with a more durable and better scorer in St. Louis. Even at 38 years old, St. Louis remains among the league’s most productive offensive players. He’s tallied 61 points (29 goals, 32 assists) in 62 games this season, which makes him the highest-scoring player on the Blueshirts (Brad Richards leads the team with 44 points).

St. Louis also isn’t a rental. He has another year left on his contract, which includes a team-friendly $5.625 million salary-cap hit. He’ll provide a big boost to a Rangers team that ranks 19th in goals scored.

Acquiring a veteran goaltender with a wealth of playoff experience and a Stanley Cup ring in Tim Thomas is a fantastic move by Dallas. Starting netminder Kari Lehtonen has been good but also inconsistent this season (24-16-10, .916 save percentage, 2.48 GAA), and he has just two games of postseason experience (none since 2006-07).

Thomas owns a respectable .909 save percentage despite having one of the worst defensive teams in front of him (Florida ranks 27th in GAA and 30th in penalty killing), and he will add valuable goaltending depth as a backup or starter for Dallas.

The Stars are one point ahead of the Phoenix Coyotes and Winnipeg Jets for the final wild-card playoff spot out West. They clearly are serious about ending their five-year postseason drought.

Unlike last season, the Penguins didn’t make any major additions to their roster at the trade deadline, which is surprising given the team’s concerns on the blue line.

Top defenseman Kris Letang might not return this season after suffering a stroke in January, and Paul Martin is out for over a month with a broken hand. Veteran defensemen Brooks Orpik and Rob Scuderi, who are 33 and 35 years old, respectively, have battled injuries this season and lack mobility. Trading for a top-four blueliner should have been the Penguins’ top priority at the deadline.

Pittsburgh also didn’t add goaltending depth. Tomas Vokoun’s health is a concern, given his blood clot issue earlier in the season, and starter Marc-Andre Fleury has been horrendous in the team’s last two playoff runs (43 goals against in 11 games).

The Red Wings’ record streak of 22 consecutive playoff appearances could end this season after the team didn’t make any significant moves at the deadline.

Detroit’s only deal was acquiring 33-year-old center David Legwand, who tallied just 10 goals in 62 games for Nashville. It’s a decent acquisition, but Legwand isn’t a first-line center on a playoff contender like the Red Wings. They reportedly were interested in Vancouver Canucks center Ryan Kesler, but a deal wasn’t made.

Detroit’s offense — which ranks 18th in goals scored and 17th in power-play percentage — has been hurt by injuries to star forwards Henrik Zetterberg, Pavel Datsyuk and Stephen Weiss all season.

The Red Wings need a strong end to the regular season from starting goaltender Jimmy Howard if they’re to make the playoffs from a competitive Atlantic Division. They are one point out of the last wild-card playoff spot.

The Islanders parted with a first-round draft pick, a second-round selection and a top-six forward in Matt Moulson to acquire Thomas Vanek from the Sabres in October. When New York traded him at the deadline to the Montreal Canadiens, it got an incredibly weak return.

The Islanders waited way too long to move Vanek, and it hurt their return package because opposing general managers knew they were desperate. New York needed to acquire at least a first-round pick back — and failed. The franchise’s rebuild has suffered another painful setback.

Vancouver had arguably the best goalie duo in the world last season with Roberto Luongo and Cory Schneider. Fast forward to Wednesday, and the Canucks have traded those two players in separate deals that got them fourth-line center Shawn Matthias, underwhelming goalie Jacob Markstrom and center prospect Bo Horvat (No. 9 pick in 2013 draft).

Vancouver acquired Matthias and Markstrom from the Florida Panthers in exchange for Luongo on Tuesday. It was the only significant move the team made, and without any improvements to the roster, it’s unlikely the Canucks will climb back into a playoff position. They are two points behind the last wild-card playoff spot in the West and have lost 10 of their last 11 games.

The Canucks also failed to deal star center Ryan Kesler, who reportedly requested a trade. The 29-year-old’s value probably never will be higher than it was at this year’s deadline because he could have been part of three playoff runs for a contending team and he’s healthy. Vancouver likely will shift its focus to trading him at the draft in June. Kesler has two more years left on his contract with a team-friendly $5 million cap hit.

All salary cap information via CapGeek 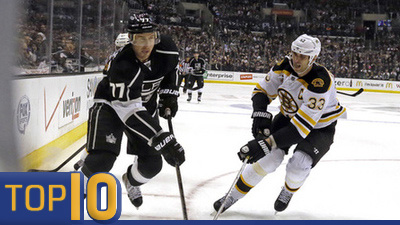 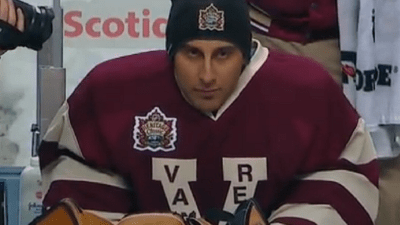