Boston Celtics guard Avery Bradley got some positive news with a negative MRI on Wednesday.

Bradley was originally diagnosed with a sprained ankle, but after the negative MRI result, it’s been downgraded to a bone bruise, according to the Boston Herald. Bradley might still be out of action for two weeks, despite the positive diagnosis.

Bradley last played nearly a month ago on Feb. 9. Bradley has been given permission to practice, however, despite the swollen ankle.

“Avery had a good workout today,” Ainge told the Herald on Thursday. “The MRI showed that things are way better, and he can increase his workload. He’s doing good. It’s just a bone bruise with inflammation in his ankle.” 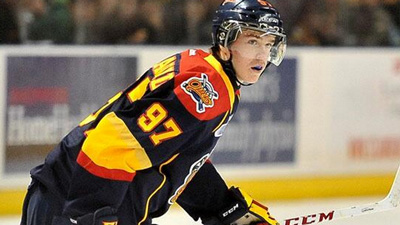 Which Former Bruins Goalie Won The Vezina Trophy With The Washington Capitals?