FORT MYERS, Fla. — Shane Victorino still is a switch-hitter — for now, at least.

Victorino said at JetBlue Park on Saturday that he?s still a switch-hitter for the time being despite speculation that the 33-year-old might ditch the practice and bat exclusively from the right side.

Victorino was rather animated in his response, insisting that everyone just ?wait and see,? before finally revealing that he?s still a switch-hitter. It?s quite possible Victorino, who only batted left-handed in six of his 170 plate appearances after Aug. 9 last season, ultimately could decide to bat solely right-handed, but such a decision evidently hasn’t been made despite manager John Farrell leaving open the possibility while speaking to reporters in Sarasota on Saturday morning.

?It?s almost going to be a game-time decision. I think he has his viewpoints on it, where his confidence is. But he hasn?t told me that he?s eliminating switch-hitting,? Farrell told reporters. ?This is someone who learned how to switch-hit in pro ball. The right side has always been his strong side. I think last year his production against right-handed pitching probably has enabled him to be a little bit more open-minded to get the majority of the at-bats from that side of the plate.?

Victorino, who has taken batting practice from the left side — in addition to the right side — this spring, hit .301 with eight home runs and a .378 on-base percentage after Aug. 9 last year. The veteran outfielder batted .300 with an .896 OPS in 115 plate appearances batting right-handed against right-handed pitching in 2013.

?You look at his on-base, whether it was getting some base hits, drawing walks or getting hit by a pitch, which seemed like he was getting hit once or twice a game for a while,? Farrell said. ?It?s just the overall production that he started gaining a lot of confidence in. Really, when you look at his swing, it?s tailor-made for Fenway Park. All that I?m sure has gone through his mind as he considers all this.?

Victorino, who has been working on some physical things in camp, has yet to play in a spring training game, but that could change early next week, according to Farrell. 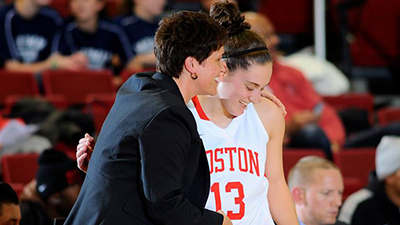 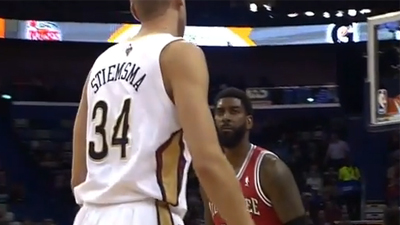