The NBA suspended Milwaukee Bucks guard O.J. Mayo one game on Saturday after he punched Pelicans forward Greg Stiemsma in the throat during Friday night’s game in New Orleans.

Stiemsa set a hard pick on Mayo and appeared to make contact with his face, which prompted the Bucks guard to retaliate.

Mayo will lose one game’s worth of salary for what the league described as “forcibly striking” an opponent.

It was another unfortunate incident for the Bucks in what has become a horrendous season. Milwaukee is a league-worst 12-49 and desperately needs to win the NBA draft lottery to ensure the team gets a franchise cornerstone-type of player to build around.

Check out Mayo’s altercation with Stiemsma in the video below. 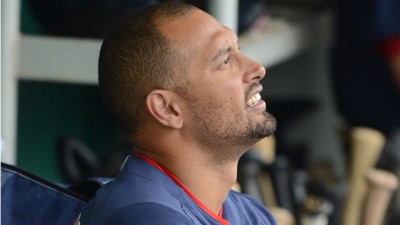