The Detroit Tigers have acquired infielder Alex Gonzalez from the Baltimore Orioles for infielder Steve Lombardozzi.

The 25-year-old Lombardozzi hit .259 with two homers and 22 RBIs for the Washington Nationals last season and was dealt to Detroit in December for pitcher Doug Fister.

Gonzalez, a 37-year-old infielder, has a .246 average with six major league teams. He was the starting shortstop for the 2003 World Series champion Florida Marlins. Gonzalez agreed Jan. 31 to a minor league contract and has a .429 batting average during spring training.

The Tigers, who acquired infielder Andrew Romine from the Los Angeles Angels last week, were seeking a shortstop because of Jose Iglesias’ shin injuries. Iglesias is expected to miss most — if not all — of 2014 with stress fractures in both of his legs.

To make room for Lombardozzi on the 40-man roster, the Orioles designated catcher Johnny Monell for assignment. 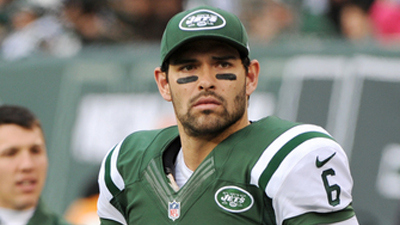 Rams Interested In Mark Sanchez, Looking For ‘Backup With Experience’