It?s amazing that the Connecticut Huskies even made it this far. Sure, they won the NCAA Men’s Division I Basketball Tournament just three years ago, and they?ve already been to the National Semifinals four times since 1999. But this was shaping up to be something of a re-tooling year for the Huskies. Instead, they?ll be playing the Florida Gators on Saturday, April 5 at the AT&T Stadium in Arlington, Texas. The winner will move on to the National Championship game on Monday, April 7.

This looks like a tough assignment for UConn. The NCAA Basketball lines at Bovada have Florida, the No. 1 overall seed at the Big Dance, favored by six points over the No. 7 Huskies as we got to press. And if you look at the tournament futures, you?ll find UConn with the longest odds of the remaining four:

Those are long odds. But the Huskies have defied the odds all year. They were at the bottom of the pile of second-tier championship contenders at 25/1 going into the season, their first in the new American Athletic Conference, and their first after getting banned from the 2013 postseason because of previous academic violations. Second-year head coach Kevin Ollie definitely had a lot on his plate taking over for Jim Calhoun.

No problem. Ollie also had all five of last year?s starters back in uniform, led by senior guard Shabazz Napier (25.3 PER) and junior forward DeAndre Daniels (20.2 PER), who gained some much-needed muscle over the summer. The Huskies (30-8 straight up, 21-15 against the spread) played well enough in their relatively soft conference to earn an at-large bid and a No. 7 seed at the Big Dance. They haven?t lost a game since, going 4-0 SU and ATS.

Saturday?s game figures to be a defensive struggle for the ages. UConn goes into this matchup ranked No. 16 overall (No. 50 offense, No. 10 defense) on Ken Pomeroy?s efficiency charts, while running one of the more glacial offenses in the nation (No. 248 out of the 351 Division I teams). But Florida checks in at No. 1 overall (No. 18 offense, No. 1 defense) with an even slower offense (No. 322).

Florida?s top-ranked defense gets a little less dominant the farther away you are from the basket. The Gators (36-2 SU, 18-15-1 ATS) are No. 100 in the nation in 3-point percentage against (32.8%), and No. 216 when it comes to the sheer volume of trey attempts they allow. Napier and Giffey could be two-time National Champions by the time they?re done shooting. First things first: Saturday?s game tips off at 6:09 p.m. ET. 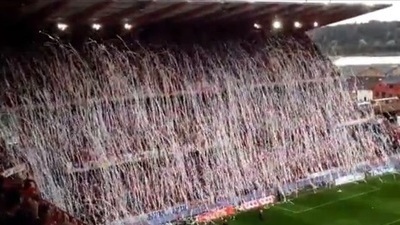