Report: Dario Saric Would Come To U.S. If Drafted By Celtics, Lakers - NESN.com Skip to content A top international player might be coming to the U.S. — but only if he winds up with one of the two winningest teams in NBA history.

Dario Saric, a highly rated 6-foot-10, 215-pound forward from Croatia, will leave the Adriatic League for the states if the Boston Celtics or Los Angeles Lakers take him in the 2014 NBA draft, reports David Pick of Eurobasket. Suddenly, the Celtics’ options with the No. 6 pick just got a lot more interesting.

Saric, 20, draws rave reviews for his shooting touch, court vision and toughness. He has struggled to crack into the upper echelon of most draft boards due to uncertainty over whether he would bolt Europe for the NBA if drafted. NESN.com broke down Saric’s game in a recent podcast, dubbing him a probable top-eight pick if not for doubts about whether he would come over.

The Celtics have the sixth and 17th picks in the upcoming draft, and team president of basketball operations Danny Ainge has no shortage of options. Saric is currently slated to go 10th to the Philadelphia 76ers in the NESN.com mock draft, although the Celtics could take him earlier if they had assurances he would play for them next season.

Adding intrigue to the situation, the Lakers have the No. 7 pick, right after the Celtics. That could prevent the Celtics from trading down to get a better value for Saric later in the first round, if other teams are not confident they could convince Saric to play for them right away. 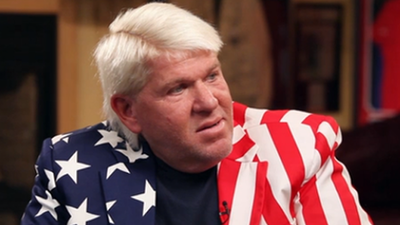 John Daly Doesn’t Regret Gambling Away $55M: ‘I Had A Lot Of Fun Doing It’ 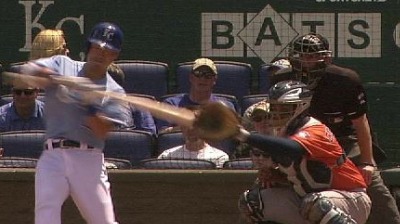 Royals Outfielder Knocks Himself Over With Amazingly Bad Swing (Video)