For the first time since 1981, New York and Los Angeles will square off in a championship series as the Rangers and Kings prepare for what promises to be a thrilling Stanley Cup Final.

The Kings are playing in their second Cup Final in three seasons after defeating the defending champion Chicago Blackhawks in overtime of Game 7. LA overcame Game 7 deficits of 2-0, 3-2 and 4-3 to win its third Western Conference title in team history.

The Rangers are making their first Cup Final appearance since 1994, when they ended a 54-year championship drought with a Game 7 victory over the Vancouver Canucks. New York defeated the Montreal Canadiens in six games to win the Eastern Conference.

These teams have played a combined 41 of a possible 42 games through the first three rounds, so we should expect a long series to close out the playoffs.

Check out our NESN.com Stanley Cup preview below.

All games are on NBC and NBC Sports Network (USA), and CBC (Canada)

Lundqvist leads all playoff goalies with a .928 save percentage and his 2.03 GAA is much better than Quick’s mark of 2.86. The 32-year-old has given up two or fewer goals in 10 of the last 13 games, and played a major role in the Rangers’ stellar penalty killing (21-of-23, 91 percent) against the Montreal Canadiens in the Eastern Conference final. The Swedish netminder also has excelled late in series. In Games 6-7 this postseason, Lundqvist has posted a 4-1 record with a .946 save percentage. In two Game 7s, he’s 2-0 with a .967 save percentage. He’s never played in a Stanley Cup Final.

Quick was average for most of the conference finals, but he stood tall when it mattered most. He made several high-quality saves in the third period and overtime of Game 7 (including 18 straight stops) to keep his team in the game. Overall, he posted a sub-.900 save percentage in the Blackhawks series, but he won’t be fazed by the pressure of the Cup Final because the American goalie is a former Conn Smythe Trophy winner. Quick gave up just seven goals with a .947 save percentage in a six-game Stanley Cup win over the New Jersey Devils in 2012.

St. Louis was the big trade-deadline acquisition for New York and he’s lived up to the hype in the playoffs. He’s tied for the team lead in scoring (13 points), goals (six) and game-winning goals (two). The 38-year-old winger tallied five points (three goals, two assists) in the conference finals, including the overtime winner in Game 5. His performance on the power play also will be a key factor in the series. The Blueshirts are 5-2 in the playoffs when scoring a power-play goal, and St. Louis leads New York forwards with five power-play points.

He scored four goals and added two assists in the Tampa Bay Lightning’s seven-game Cup Final victory over the Calgary Flames in 2004, and the Rangers will need a similar level of scoring production from St. Louis if they are going to defeat a great defensive team in the Kings.

Gaborik’s performance after the trade deadline is the reason why general managers pay big prices to acquire star players in February. He leads the playoffs with 12 goals, three more than any other player. Gaborik scored three goals in the last four games of the conference finals, including the equalizer in the third period of Game 7. The 32-year-old winger ranks third in scoring with 19 points, while his linemate Anze Kopitar tops all players with 24 points.

This is the first time Gaborik has played in a Cup Final, and he will be highly motivated against a Rangers team he played for from 2009-13. His speed, goal-scoring skill and power-play ability will present a lot of challenges for Rangers defensemen. 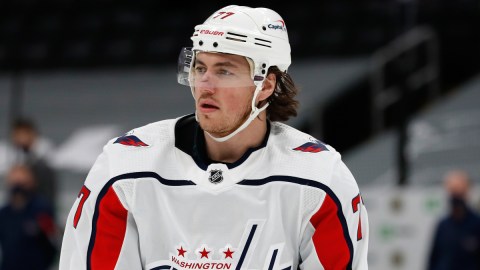 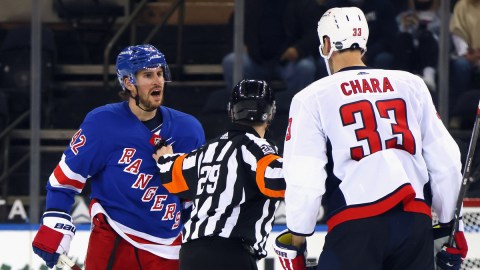 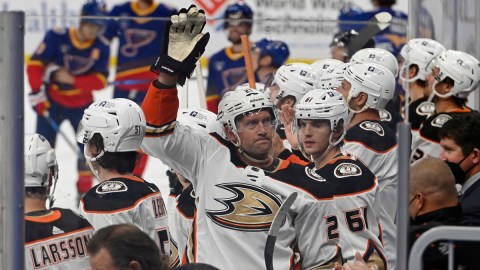 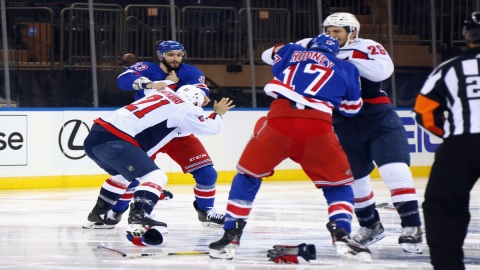