Red Sox first baseman Mike Carp hosted a group of children before the game against the Mariners at Safeco Field. And just as the Red Sox were about to head from the clubhouse to the field, Carp asked Ortiz if he could say hi to the kids. According to WEEI.com, Ortiz did Carp and the kids one better.

Not long after, Ortiz went to the plate for his first at-bat. With Dustin Pedroia on first base, Ortiz worked a 2-0 count. That’s when Seattle pitcher Hisashi Iwakuma grooved a fastball, and Ortiz made him pay. The Boston DH turned on the offering and deposited it into the right-field seats for a two-run homer.

Ortiz came through on his promise.

“It was Babe Ruth-style. Legendary,” Carp told WEEI.com. “It?€™s one thing to tell your teammates, ?€’Hey, I feel good today, I?€™m going to hit a home run.?€’ You tell little kids, 5 or 6 years old, that you?€™re going to hit a home run, they believe you. Then the very first swing you take is off the glass, you have to be kidding me.”

Carp is just in his second season with the Red Sox, so you can understand how he still might be surprised by Ortiz. For those who have watched Ortiz’s entire career in Boston, these are things that Red Sox fans have come to expect. 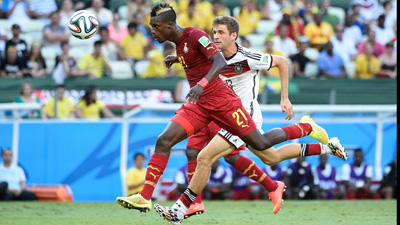