One day after Brandon Workman strengthened his case to remain in the Red Sox?s rotation even after Clay Buchholz and Felix Doubront return from their respective rehabs, De La Rosa gave the club something else to think about by tossing seven shutout innings in Boston?s 1-0 win over the Minnesota Twins at Fenway Park.

?When a guy possesses that type of arm and that kind of repertoire, as long as he throws strikes, he?s going to have the ability to attack the best hitters in the game,? Red Sox manager John Farrell said of Monday’s starter.

De La Rosa issued two walks while throwing 21 pitches in the first inning. Of the 21 pitches, 19 were fastballs, representing a stark contrast from his previous start against the Baltimore Orioles, when De La Rosa threw a heavy dose of offspeed pitches en route to surrendering three first-inning runs.

De La Rosa overcame his first-inning struggles to work into the sixth inning of his outing against the O?s last Wednesday, in large part because he began to establish his fastball. The right-hander established his fastball early and often Monday, and it resulted in a seven-inning gem in which De La Rosa surrendered just one hit.

?The awareness to what hitters did to him the last two starts — both in Baltimore and Detroit — and to go out and trust his fastball a little bit more, that set the tone,? Farrell said. ?I think, more than anything, he should have gained some additional trust in the use of that pitch. It was 93-98 (mph) and he?s got plenty to go to. Part of his learning curve is happening in front of our eyes.?

It?s possible — perhaps even likely — that De La Rosa will be a roster casualty once Buchholz and Doubront return. Not only are they more established veterans, but Workman also is vying for a spot in the rotation and the Red Sox have put a lot of stock into his performance with the big league club, both this year and last year. It won?t be an easy decision, however, especially after De La Rosa?s most recent showing.

?We don?t have a ruling yet when Brandon?s suspension is going to take place, but the fact is we?ve got two other really good pitchers who are close to returning to us,? Farrell said. ?There?s going to be ongoing discussion, and that decision ultimately probably starts sometime during the Oakland series (later this week).?

De La Rosa, who struck out three and walked three while throwing 106 pitches (62 strikes), hasn?t allowed a run over 14 innings in two starts at Fenway. It shouldn?t be long before he calls the ballpark his permanent home, even if there?s a demotion forthcoming this week or next. 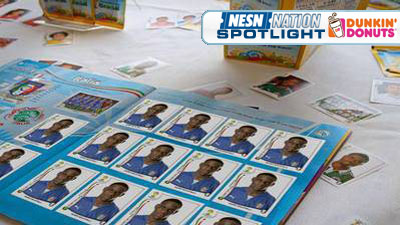