Tom Brady had a down year after losing his top five targets from the previous season, and this came as a surprise for some reason.

If anything, it shows how lofty the standards are for the New England Patriots quarterback. Brady undoubtedly is one of the greatest quarterbacks to ever play in the NFL, and because he has been so good for so long, some believe he still should be that good when Rob Gronkowski, Wes Welker, Brandon Lloyd, Aaron Hernandez, Danny Woodhead, Danny Amendola and Shane Vereen are taken away (not to mention All-Pro right tackle Sebastian Vollmer).

That’s not realistic, of course, and as players went down with injuries and rookies (who have a long history of, well, being terrible in the Patriots’ offense) had to step up, Brady’s numbers, both on the surface and below, went down.

I have a lot of respect for the work that Sam Monson and ProFootballFocus.com produce. But Monson was slightly off base in his argument on ESPN.com that Brady no longer deserves to be mentioned among top-five quarterbacks. The crux of Monson’s argument is that Brady’s accuracy and decision making has declined when he faces pressure, which is fair. But it doesn’t mean he has fallen out of “elite” status.

There certainly is an argument to be made that Peyton Manning, Drew Brees and Aaron Rodgers were better than Brady in 2013. But the piece goes off the rails a bit when mentioning Philip Rivers and Ben Roethlisberger before Brady.

By ProFootballFocus.com’s own ratings, Rivers was the No. 3 QB in the NFL last season with Brady rating No. 8 and Roethlisberger No. 11. Monson’s argument that Rivers and Big Ben are better proves short-sighted when looking just one year earlier, however, when Brady was rated No. 3, Roethlisberger No. 7 and Rivers No. 28.

So, how did Rivers vault from No. 28 to the top five? Exchanging 2012 head coach Norv Turner for Mike McCoy made a world of difference, but so did improved health for running back Ryan Matthews and tight end Antonio Gates. Acquiring Woodhead and rookie wideout Keenan Allen helped, too.

Brady has a chance to prove he still belongs in the “Mount Rushmore” of active quarterbacks this season. Brady’s weapons are lacking compared to the run he had from 2007 to 2012, but Gronkowski, running back Shane Vereen and wide receiver Danny Amendola should stay healthier, wideout Brandon LaFell will add a veteran presence and receivers Aaron Dobson, Kenbrell Thompkins and Josh Boyce should blossom in their second year in the system.

It should come as no surprise that Brady’s best run came in the four-game stretch when Vereen and Gronkowski were healthy. Brady completed 67.8 percent of his passes for 1,429 yards with eight touchdowns and three interceptions.

If the Patriots acquire one of the veteran tight ends on the open market — Dustin Keller or Jermichael Finley — there should be no excuses if Brady’s numbers stay down or drop further. Let’s give it one more year, however, before we declare Brady “just another guy.” There were some obvious struggles in 2013, but there were more brilliant moments, as ProFootballFocus’ own Steve Palazzolo pointed out. 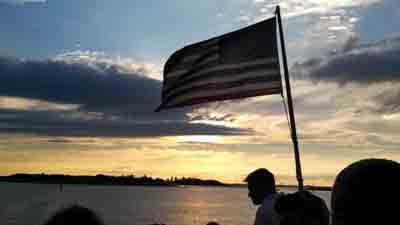