The Los Angeles Kings were an inch or two away from tying Game 4 of the 2014 Stanley Cup Final.

With 1:11 left in the third period, the Kings redirected a shot past Rangers goaltender Henrik Lundqvist, but the puck stopped on the goal line because of the buildup of snow and ice. Rangers center Derek Stepan dove to the ice and gloved the puck onto Lundqvist for a stoppage in play.

If Stepan had covered the puck with his glove, a penalty shot would have been given to the Kings.

New York held on for a 2-1 victory to stave off elimination and force a Game 5 back in Los Angeles on Friday night. 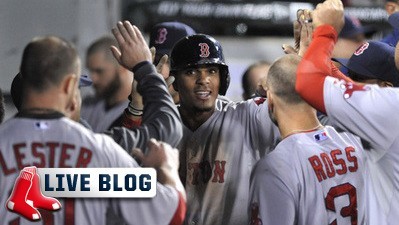