Luis Suarez always was going to be the center of attention in Group D of the FIFA 2014 World Cup. After all, the Liverpool superstar carries the hopes of at least two nations on his shoulders.

Little is expected of Costa Rica because of its status as a victim of the draw. Feeling little pressure, the “Ticos” hope to reach the knockout rounds for the first time since 1990. The team is built on the foundation of a sturdy defense, and head coach Jorge Luis Pinto will need it to withstand the attacking gusts that Costa Rica’s Group D opponents will create. With a little luck, Costa Rica should earn an unexpected draw against Uruguay in its first game. It only gets tougher from there, as Italy, then England, beckon. We expect Costa Rica to lose against both European heavyweights.

Expectations also are low for England, but those are relative to previous World Cups (when many fans and pundits thought the “Three Lions” were good enough to win every tournament they enter). Nevertheless, England manager Roy Hodgson expects his talented young team to advance out of Group D. England should draw its opening game against Italy — it’s really a “must-not-lose” affair — but then it faces Uruguay. We expect England to earn another draw, Suarez to score controversially and all h–l to break lose. England then will dispatch Costa Rica, reach the quarterfinals and lose on penalty kicks.

Italy isn’t among the tournament favorites for the first time in ages, but the “Azzuri” still are banking on advancing from Group D. Head coach Cesare Prandelli’s team might not have the stars of past generations, but the Italians have the talent and know-how required to navigate this group. Italy will draw against England and beat Costa Rica in its second game, setting up a fascinating finale against Uruguay, from which the Azzuri will emerge as group leaders.

Uruguay often is cast as a dark-horse candidate to go far in Brazil, but things easily could go wrong for “La Celeste.” There’s little margin for error in Group D, and Suarez’s late-season knee injury (and subsequent surgery) unbalanced Uruguay’s World Cup preparations at a bad time for head coach Oscar Tabárez. Uruguay should beat Costa Rica with ease, draw against England and lose a hard-fought contest to Italy, making for a disappointing, group-stage exit by the 2010 World Cup semifinalist and 2011 Copa America champion.

Can’t-Miss Games
The Euro 2012 quarterfinal between England and Italy was a let-down, but the 2014 edition could redeem it and create a new rivalry. Uruguay-England will be fun to watch because of the Suarez factor — he was the Premier League’s best player in 2013-14. Uruguay-Italy will be tight, tense and decide the group.

Players To Watch
— Costa Rica goalkeeper Keylor Navas was a standout for Levante in La Liga (Spain’s first division) last season. Navas must be even better in Group D … or else.

— Wayne Rooney has disappointed in major tournaments since 2006, but the Manchester United and England star finally is injury-free coming into a World Cup and is at the right age (28) to deliver his best performances on the international stage. Ross Barkley is one of England’s brightest prospects, and the 20-year-old could become a breakout star in Brazil.

— Andrea Pirlo is a joy to behold as he dictates tempo from the base of Italy’s midfield. Strikers Mario Balotelli and Antonio Cassano, two of European soccer’s mavericks, have the talent to shine at the World Cup. Whether their temperaments will allow them to do so remains to be seen. 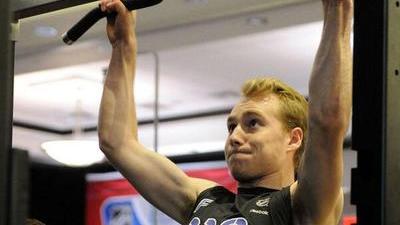