Group G is the dreaded “Group of Death” at the 2014 FIFA World Cup, and the biggest shock of the competition could spring from here.

Germany head coach Joachim Low certainly has enough talent and experience at his disposal to justify his team’s “favorites” tag and lead the “Nationalmannschaft” to its first world championship since 1990. Germany also must play its best soccer in the group stage to avoid a disastrous early exit. Germany opens against its toughest opponent (on paper), Portugal. We expect this game to end in a draw. Germany then will defeat Ghana and the United States to finish on top of Group G.

It will be hard for Ghana to match its 2010 performance, in which it became just the second African nation to reach the quarterfinals. A few “Black Stars” play at big European clubs, but the abundance of youth in the squad could prove to be problematic for head coach James Kwesi Appiah. Ghana’s first game is against the United States, and we expect it to lose. Ghana then will fall to Germany before snatching a point from Portugal in its final game.

Portugal is a dark-horse candidate to go far in the tournament, but escaping Group G is far from a given. Superstar forward Cristiano Ronaldo has battled injuries in the lead-up to the tournament, and head coach Paolo Bento might not have enough attacking depth to cope with this group if his captain breaks down again. Portugal should draw Germany in its first game, draw the United States in its second game and exit after a draw against Ghana in the group finale.

The United States either will shine or crash at this World Cup. There’s no middle ground. Never has Team USA sent this much talent to a World Cup, and head coach Jurgen Klinsmann has prepared them well over the last six months. The United States will beat Ghana in its first game, draw against Portugal in the middle contest and lose to Germany in the decider. The U.S. will finish second in the group, thanks to Ghana’s draw with Portugal.

Can’t-Miss Games
Don’t miss any of these games. The winner of Portugal-Germany will go far. The loser will go home early. Ghana-USA will create momentum for one of the group’s underdogs. Germany-Ghana could pit brothers Derek and Kevin-Prince Boateng against each other. We’ll see if the United States can stop Ronaldo, the reigning FIFA Ballon d’Or winner, in Portugal-USA. Klinsmann faces the nation in which he was born and won the 1990 World Cup in Germany-USA, and Ghana-Portugal will be competitive and pivotal to the outcome of the group.

Players To Watch
— Germany’s Philipp Lahm arguably is the best fullback on the planet. Playmaker Mesut Ozil divides opinion, but his quality is undeniable. Striker Miroslav Klose, 36, can become the World Cup’s all-time leading goal scorer if he scores twice in Brazil.

— Ghana midfielders Kwadwo Asamoah, Kevin-Prince Boateng and Andre Ayew can form one of the most dynamic midfields in the tournament. The Black Stars’ chances of success rest at the feet of striker Asamoah Gyan, who can either turn his country’s dreams into reality or orchestrate an historic letdown, depending on the day of the week.

— Portugal’s Cristiano Ronaldo has been the standout player in world soccer in the last 12 months, but knee and thigh problems have slowed him since April. Midfielders Miguel Veloso and Joao Moutinho have performed together with understated brilliance.

— USA defenders Matt Besler will be under constant pressure, but he can justify Klinsmann’s faith in him with strong showings. Fullbacks DaMarcus Beasley and Fabian Johnson will be crucial to their team’s game plans, and Michael Bradley will dictate play in the midfield. 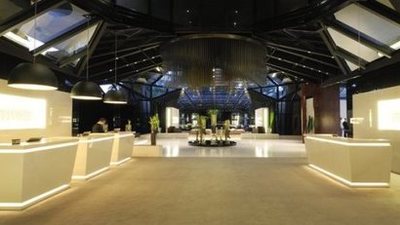