Algeria is competing in its second-straight World Cup, but its squad mostly is comprised of tournament debutantes. This looks like a disadvantage, but it’s not. Many of the “Desert Warriors” play for European clubs, and Algeria is difficult to beat under head coach Vahid Halilhodzic. Algeria’s toughest challenge comes first — a matchup against Belgium which it will lose. Algeria then will draw against Russia and South Korea, making a dignified group-stage exit from the tournament.

Belgium is the seeded team in Group H and is everyone’s dark-horse candidate to go far in the tournament. The talented and tough Red Devils play an impressive up-tempo style that will serve them well in group play. Belgium will defeat Algeria in its first game, draw Russia in its second and down South Korea in the last group-stage game. Belgium will top Group H and advance to the knockout rounds.

Russia seeks to enhance its reputation and win new followers by playing well in Brazil but really has its eyes set on the 2018 World Cup (which it will host). Russia’s strength is its stingy defense, but it lacks numbers and quality in the attack. Russia should defeat South Korea in its opener and earn a draw against Belgium in its next game. Russia then will draw against Algeria and progress to the knockout rounds.

South Korea reached the Round of 16 in 2010, but the Taegeuk Warriors won’t repeat the feat this time around. Head coach Hong Myung-Bo is untested at this level. The same can be said about many of his players. South Korea will drop its opener against Russia before recovering and earning a draw against Algeria. South Korea then will lose to Belgium in its final game and head home after the group stage.

Can’t-Miss Games
Unpredictable Algeria will show its true potential against Belgium. Belgium-Russia will take place at the iconic Maracana Stadium and likely will determine the group winner. Russia-Algeria should decide which team finishes as runner-up and progresses to the next phase of the competition.

Players To Watch
— Algerian midfielder Sofiane Feghouli could be a breakout star if he imposes himself on opponents. Nabil Bentaleb, 19, earned a starting spot at Premier League club Tottenham Hotspur last season and could do the same at the World Cup.

— Belgium’s Eden Hazard is already a star. He’ll become a “superstar” if he reproduces his club form (at Chelsea) on the big stage. Marouane Fellaini can rehabilitate his image after a nightmare season at Manchester United. Vincent Kompany and Thomas Vermaelen are good enough to be one of the top center-back pairings in the tournament.

— Russia goalkeeper Igor Akinfeev is good enough to play in one of Europe’s biggest leagues. He’ll show why he’s so highly regarded in the World Cup. Midfielder Alan Dzagoev, 23, was one of the most exiting young players at Euro 2012 but faded into (relative) obscurity afterwards. He could return to the spotlight.

— South Korea winger Son Heung-Min is impressing in Germany’s Bundesliga (first division). He should be a creator and scorer of goals in this group, too. Defender Kim Young-Gwon is regarded as one of the best players in Asian club soccer. 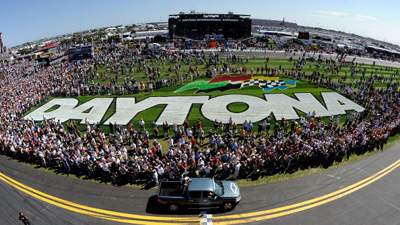