BOSTON — Jon Lester, David Ortiz and Dustin Pedroia represent the Red Sox?s core. If you?re constructing a Mount Rushmore of current Red Sox, you can start chiseling out their faces and settle on the fourth guy later.

The reality, however, is that Boston?s “Big Three” — a phrase everyone loves, of course — could soon dwindle by one, as rumors continue to surround Lester with Thursday?s Major League Baseball non-waiver trade deadline looming. It?s an unsettling situation, especially given the bonds created within the Red Sox?s clubhouse over the last decade.

“It?s tough. We?re not teammates, we?re family,” Pedroia said after Tuesday?s game against the Toronto Blue Jays at Fenway Park. “It?s something you don?t like going through. It makes you feel worse because we don?t want to be in this position. A lot of guys (feel) if you play up to your capability, your team is right where you should be — adding instead of subtracting.”

Red Sox manager John Farrell announced after Tuesday?s contest that Lester has been scratched from his scheduled start Wednesday. Brandon Workman will start in Lester?s place, with Farrell citing the “uncertainty” surrounding his ace as the reason for the decision. That “uncertainty” has been a common theme over the last few days, and speculation continues to increase that the Red Sox could trade Lester.

“It?s always difficult,” Pedroia said of the trade deadline. “The more you play, the more you understand the business side of the game. It?s still hard. You don?t just work together. You?re with each other more than you are with your family. It?s a tough time.”

This season has been particularly tough for the Red Sox, who fell to 11 games under .500 (48-59) with Tuesday?s loss. It?s been less than a year since Lester dominated in the postseason en route to a World Series title — the second of the ?Big Three Era? — yet it?s possible the left-hander, who is slated to become a free agent after this season, has pitched his final game with Boston.

?If we?ve got a big game to play, we want him pitching it,? Pedroia said. ?It would be tough to see him in another uniform.?

Ortiz was unsure what to make of the whole situation Tuesday, insisting that baseball is full of uncertainties. But the slugger didn?t hide his admiration for Lester, whom he referred to as one of the game?s best pitchers.

?Lester is like a brother to me, you know what I?m saying,? Ortiz said. ?We?ve been together for a long period of time. Just the fact that all these trade rumors are going around and his name?s attached, it feels a little complicated. We?ll see. We?ll see how that works.?

Lester wasn?t available for comment after Tuesday?s game, as he had already left Fenway Park before the media flooded the Red Sox?s clubhouse. One can?t help but wonder if Lester?s exit was his final departure as a member of the home team.

?I really don?t want to think too far ahead. I kind of live minute by minute,? Pedroia said. ?But I hope in a couple of days he?s here because he means a lot to me and everyone else and what he?s done here. I?m hoping we open the door (after the trade deadline) and he?s in there.?

The Mount Rushmore blueprint might soon need to be tweaked. 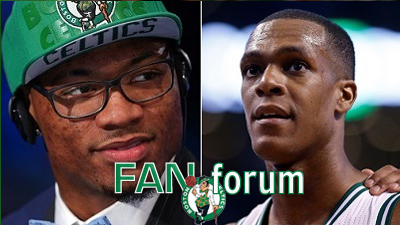 Vote: Who Will Be Celtics’ Starting Point Guard When Next Season Opens?

Carl Crawford: ‘I Thought I Was Stuck In Boston For Seven Years’