The Boston Red Sox?s goal is to immediately turn things around while simultaneously building for long-term success. It really should be the goal of every organization, but Boston already has a leg up given its surplus of exciting, young players.

It?s been a disappointing season for the Red Sox, who entered Wednesday — one day before Major League Baseball?s non-waiver trade deadline — sitting 11 games under .500 (48-59). As such, the club is in sell mode, though certain players might as well settle in, because they?re not going anywhere.

Terms like ?untouchable? and ?off-limits? admittedly are tossed around way too often. After all, shouldn?t every general manager have an open mind, regardless of how much one values a certain individual? Every trade involves some risk, and you typically have to give up something good in order to land something worthwhile.

That being said, there obviously are boatloads of instances across the league where teams are reluctant to part ways with players — particularly highly regarded prospects — because of their potential. There?s an element of fear involved when it comes to trading up-and-comers. No one wants to deal away what could be the next Mike Trout — or some other superstar who isn?t quite as good as Mike Trout.

If Red Sox GM Ben Cherington created an ?untouchable? basket at his office on Yawkey Way, who should be included? Boston has one of the league?s deepest farm systems, and there already are young players making meaningful contributions at the major league level. A future core appears to be developing.

The following list ranks the 10 most untouchable assets in the Red Sox organization. This list is one man?s opinion — and that man isn?t Mr. Cherington or anyone associated with the Red Sox — so agree, disagree or even shake your fist at the heavens.

The list also isn?t meant to imply that everyone included is absolutely untouchable. The rankings instead reflect Boston?s likely willingness — or unwillingness — to trade certain assets based on potential, production, skill set, etc. 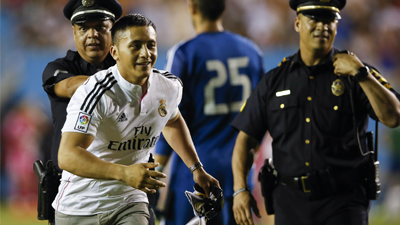