If you’re in a league that starts three wide receivers, this could be the most important position in your draft.

The NFL has become increasingly pass-happy over the past several years, resulting in more receivers seeing more chances to put up viable fantasy numbers. Even if you start just two wideouts, snagging a reliable upper-echelon receiver in the early rounds will greatly increase your chances of success.

The otherworldly Calvin Johnson has a firm grasp on the top spot, but the rest of the top 10 is loaded with talented pass-catchers who all have the potential for monster seasons in 2014. The hard part is picking the right one.

Let’s give it a shot.

2. Demaryius Thomas, Denver Broncos (4)
If there’s another first-round fantasy talent at receiver, it’s Thomas. The Georgia Tech product has produced top-five fantasy seasons in both years with Peyton Manning at quarterback, and he shows no signs of slowing down.

3. Dez Bryant, Dallas Cowboys (11)
Bryant cracks the top three for his prowess near the goal line. He ranked among the top of the NFL in 2013 with 21 red-zone targets and remains Tony Romo’s go-to pass-catcher inside the 20. He’s also in a contract year.

4. A.J. Green, Cincinnati Bengals (4)
Green’s production has increased every season, and it’s a pretty safe bet that he’ll put up huge numbers again in 2014. A new offensive coordinator in Hue Jackson might take some targets away, but make no mistake — Green will get his.

5. Jordy Nelson, Green Bay Packers (9)
The biggest beneficiary from a healthy Aaron Rodgers? Nelson. The 29-year-old had 810 receiving yards and seven TDs in eight games with Rodgers at QB in 2013. Nelson is the Packers’ go-to guy, which should translate to huge numbers.

6. Julio Jones, Atlanta Falcons (9)
There’s always some risk in spending an early pick on a receiver who suffered such a serious injury in 2013. That said, don’t pass up Jones. He was a monster when healthy, and Roddy White is getting older, meaning Jones is fast emerging as Matt Ryan’s main target.

7. Brandon Marshall, Chicago Bears (9)
Marshall probably could be even higher on this list. He finished as a top-five wideout in 2012 and 2013, and he’s established as Jay Cutler’s favorite end-zone target. Alshon Jeffrey might take away slightly from Marshall’s targets, but as we saw last year, both are capable of being strong WR1 options.

9. Alshon Jeffery, Bears (9)
If there’s one knock on Jeffery, it’s his lack of scoring (seven TDs in 2013), but he broke out in a huge way in 2013 and could see an increased red-zone role in Chicago’s high-scoring offense this season.

10. Randall Cobb, Packers (9)
If Nelson is Rodgers’ biggest beneficiary, Cobb is a close second. The 23-year-old emerged as the team’s most dynamic playmaker before his injury in 2013. If you’re in a PPR league, bump Cobb up even higher, as he should catch a ton of passes with Rodgers back in the mix. 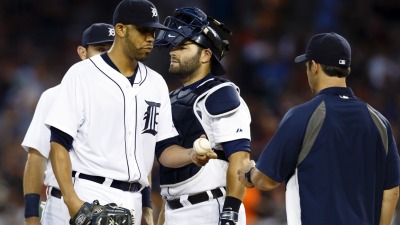 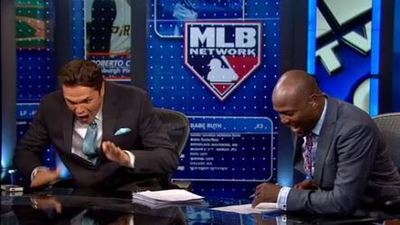