Nashville Predators defenseman Shea Weber’s slap shot is one of the most powerful in the NHL.

The last time we saw him unleash his shot during a skills challenge was at the 2012 NHL All-Star Skills Competition, where he finished second to Boston Bruins captain Zdeno Chara in the Hardest Shot portion of the event with a 106 mph blast.

During a skate with teammates Thursday, Weber shot a puck so hard that he put a hole in the end boards. His teammate Seth Jones shared a picture with the proof.

When the NHL’s best gather for All-Star Weekend in Columbus, Ohio, in January, expect Weber to take aim at Chara’s record of 108 mph. 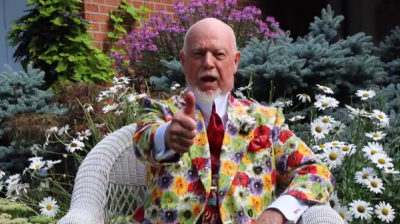