FOXBORO, Mass. — Stevan Ridley was in a familiar place on Friday night after his fumbling issues resurfaced against the Philadelphia Eagles.

Ridley was benched by New England Patriots head coach Bill Belichick after being charged with a fumble in the second quarter of the Patriots’ preseason win over the Eagles, though on replay, it appeared that his knee was down before the ball popped out and fullback James Develin recovered it. Ridley doesn’t care whether he should have been charged with a fumble or not, since it’s his job to hold onto the ball until the play is over.

“It’s too close to call, man. Either way, I need to avoid those plays in general,” Ridley said Monday after the Patriots’ final training camp practice. “There’s nothing really else to be said about it.”

Ridley fumbled four times last season, and he was benched for an entire game after coughing up the football in three straight games. Ridley was hard on himself after fumbling against the Eagles, but now he’s trying to move on.

“I hated it. It was a sick feeling for a second,” Ridley said. “We looked at the play, it is what it is, but either way one out is too many. But I’m not going to harp on that. I’m going to learn from it.”

The Patriots running back, who looks primed to start after the team let LeGarrette Blount walk in free agency, is looking to make headlines for better reasons this season. Ridley was impressive, carrying the ball nine times for 45 yards, before his fumble on Friday night.

“I will try not to have the issue and this be the topic the whole year this year because I think I can do a few other things that you all can write about, and hopefully have some good things to say,” Ridley said. “Either way, I have to own up to it and that’s what it was.” 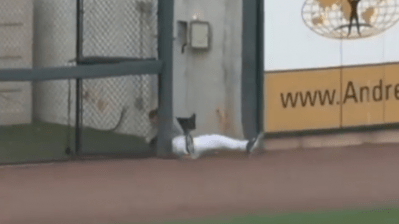