The New York Islanders failed to make the playoffs last season after re-energizing their fanbase with a postseason appearance in the lockout-shortened 2012-13 campaign.

Poor goaltending was one of the primary reasons why New York failed to make the playoffs. The Isles ranked 28th with a 3.15 goals against average and struggled to consistently kill penalties.

After making significant roster moves at the goaltender position over the summer, the Islanders are poised to contend for a postseason berth in 2014-15.

Jaroslav Halak was signed to a four-year contract and is a major upgrade over Evgeni Nabokov as the starting netminder. Halak has won 24-plus games in each of the last four 82-game seasons and brings a wealth of experience to an otherwise young team. His backup will be Chad Johnson, who signed a two-year deal after playing for the Boston Bruins last season. Johnson was one of the league’s best backups in 2013-14 with a 17-4-3 record and a .925 save percentage.

This new goaltending tandem will give the Islanders a stable foundation and help them overcome the mistakes that will be made by a young blue line. Let’s preview the 2014-15 New York Islanders.

Player to Watch
John Tavares injured his knee playing for Team Canada at the 2014 Winter Olympics and missed the last two months of the regular season. As a result, the Islanders’ chances of making the 2014 playoffs went from small to non-existent. Tavares is one of the league’s 10-best forwards when healthy, and he’s primed for a career year in 2014-15 with a healed knee. The Isles captain was on pace to set a career-high in scoring when he tallied 66 points (24 goals, 42 assists) in 59 games through the Olympic break.

As a quality goal scorer, an elite playmaker, a power-play threat and a great leader, Tavares is the engine that drives New York. His performance will have a massive impact on the Islanders’ success, and he likely will be a Hart Trophy finalist if the Islanders return to the playoffs.

Biggest Strength
The Islanders will have a much improved top-six forward group this season. The first line will feature Tavares at center and Kyle Okposo (a 27-goal scorer last season) at right wing, which has the potential to be one of the league’s best duos. The summer signings of center Mikhail Grabovsku and winger Nikolai Kulemin will help the Islanders be a better puck possession team, win more faceoffs and play a responsible defensive game. Frans Nielsen, Josh Bailey, Brock Nelson, Michael Grabner and top prospect Ryan Strome also could play a top-six role as players who bring speed and skill to the ice.

New York ranked 17th in goals scored last season, which wasn’t good enough to overcome its defensive weaknesses. The Isles should fare much better in 2014-15 as a result of more depth and a plethora of young players ready to break out.

Most Glaring Weakness
Penalty killing was a huge issue for the Islanders last season. They ranked 28th with a 78.1 percent success rate, and that combined with terrible goaltending ruined New York’s chances at making the playoffs. The addition of Halak and Johnson between the pipes will help the penalty kill, but the Islanders also need to do a better job staying out of the penalty box. New York ranked 24th in PIM per game (12.4) and took a total of 379 penalties last season.

Expectations In 2014-15
The Islanders’ improved goaltending, the healthy return of John Tavares and the development of young players and prospects will make them a playoff contender this season. The Metropolitan Division is wide open, and several of its teams worsened in the offseason. Unless Tavares or Halak suffer a serious injury, expect the Isles to reach the postseason as a wild card team in their final season at Nassau Coliseum. 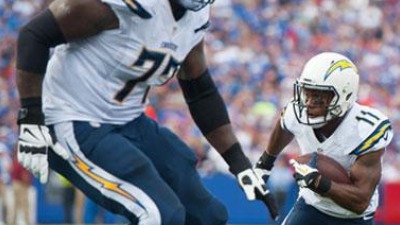 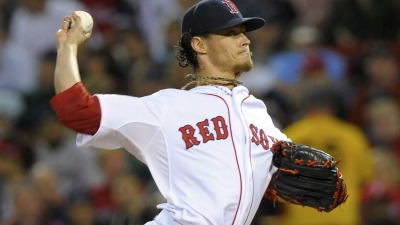