The Red Sox rolled out the red carpet, figuratively speaking, for the longtime Yankees captain. Jeter’s legendary career was recognized as part of a tasteful pregame ceremony that featured a cast of Boston legends.

Perhaps the most emotional moment of the pregame ceremony involved Pete Frates, an ALS fighter who inspired the “Ice Bucket Challenge,” meeting Jeter on the Fenway infield after a video was shown of the Yankees shortstop accepting the challenge earlier this year.

It was a terrific send-off for one of the classiest players in Major League Baseball history. 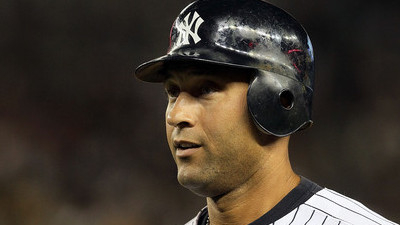 Bruins Notes: David Pastrnak Returns To Practice, Not Yet Cleared For Contact