Mariners' Tom Wilhelmsen Ends Season With 'Turn Down For What' Dance (Video) - NESN.com Skip to content

Despite beating the Angels 4-1, the M’s missed out on the final playoff spot in the American League as the Oakland Athletics clinched the AL’s second wild-card berth on the same day. But spirits were still high in Seattle even after they learned their fate halfway through the game, and it was all thanks to Wilhelmsen. The big righty danced his heart out to “Turn Down for What” when it came on the speakers, breaking it down like it was his job.

Of course, Wilhelmsen has some experience rocking out to this song in particular, as he and Mariners pitching coach Rick Waits put on arguably the greatest display of dance moves we saw all season during batting practice in July. 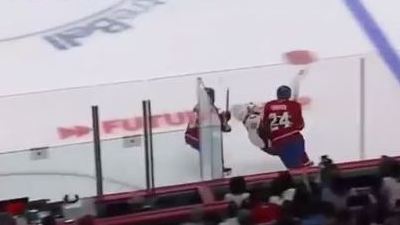