Pedroia underwent a first dorsal compartment release and a tenosynovectomy of his left wrist, according to the Red Sox. The procedure was performed by Dr. Matt Leibman at Newton-Wellesley Surgery Center in Wellesley, Mass.

Pedroia, whose 2014 season is over, is expected to make a full recovery.

Red Sox manager John Farrell had announced after Wednesday’s 10-6 loss to the Baltimore Orioles at Fenway Park that Pedroia was to undergo a procedure Thursday in the Boston area.

Pedroia underwent thumb surgery last offseason shortly after the Red Sox’s World Series win over the St. Louis Cardinals. He had played through an injury the entire 2013 season after tearing the ulnar collateral ligament in his left thumb on Opening Day.

Pedroia fell awkwardly on his left wrist on a play at second base during the Red Sox’s home opener this season. The 31-year-old later aggravated the injury on a separate play at second base and attempted to manage the ailment. An MRI performed Tuesday revealed worsening inflammation, however, so Pedroia and the Red Sox ultimately decided that surgery was the best way to ensure a speedy recovery for 2015. 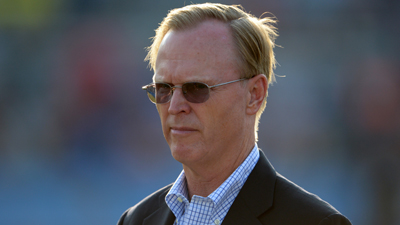 NFL Owners’ Statement: Our Sole Motive In Investigation Is To Get Truth