The Tampa Bay Lightning made headlines over the summer by bolstering an already talented roster with several veterans who will make a positive impact in all three zones.

Lightning general manager Steve Yzerman addressed his team’s most glaring issue by signing Anton Stralman to be the team’s shut-down defenseman. Stralman was one of the most important players in the New York Rangers’ run to the 2014 Stanley Cup Final. Tampa Bay acquired Jason Garrison from the Vancouver Canucks via trade to add an offensive punch to its blue line, and strengthened its goaltending depth by signing veteran netminder Evgeni Nabokov.

Yzerman also added size, grit and playoff experience with the signings of forwards Brian Boyle and Brenden Morrow — two players who would be useful in a potential postseason series against the Boston Bruins.

When you also consider the incredible amount of talented young players — such as Tyler Johnson, Ondrej Palat, Tyler Johnson, Victor Hedman, etc. — ready to take the next step in their development, it’s easy to understand why the Lightning are a popular pick to win the Eastern Conference title.

There aren’t many weaknesses on this roster.

Victor Hedman entered the Norris Trophy conversation in 2013-14 with a breakout campaign headlined by a career-high 55 points (13 goals, 42 assists) in 75 games. The encouraging part of Hedman’s game last season was his improvement defensively. His positioning was better, he played a more physical game and led all Tampa Bay D-men with 34 takeaways, along with 101 blocked shots.

The former No. 2 overall draft pick also played a key role on special teams — 2:29 of power-play and 2:09 shorthanded ice time per game. Hedman was a solid puck-possession player, too, with a career-best 53.92 Corsi-for percentage.

Expect Hedman to be one of the top five candidates for the Norris Trophy in 2014-15.

The Lightning finished ninth in scoring at 2.83 goals per game last season despite Stamkos missing 45 games with a leg injury, and they will be even more dangerous in 2014-15. Stamkos will score 50-60 goals, former first-round pick Brett Connolly should have a breakout season at center, Ryan Callahan will provide 40-50 points and 2013 No. 3 overall pick Jonathan Drouin likely will be one of the top Calder Trophy candidates as a highly skilled winger. Palat and Johnson, both Calder finalists last season, should continue to improve as top-six forwards.

The addition of a power-play specialist in Garrison strengthens a blue line that already had good offensive talent and puck-moving ability with Hedman and Matt Carle.

Expect the Lightning to be among the top-five scoring teams this season.

Tampa Bay’s penalty kill ranked 23rd last season with an 80.7 percent success rate. A strong penalty kill is needed to be successful in the Eastern Conference because six of the top 10 and 10 of the top 15 power-play teams (including the Lightning) from 2013-14 were in the East.  The addition of Stralman will be a huge help to the penalty kill because he’s a physical, well-positioned defenseman who plays a smart game. Boyle also adds size and faceoff skill to the penalty kill.

Tampa Bay must improve its penalty kill to make a deep playoff run because special teams often is a make-or-break factor in the playoffs.

The Tampa Bay Lightning will finish second in the Atlantic Division unless Stamkos and/or starting goaltender Ben Bishop suffer a serious injury. Tampa Bay is the trendy pick to win the division and represent the East in the 2015 Stanley Cup Final, but until I see Bishop make his postseason debut and shine when it matters most, it’s tough to pick them over an experienced and more talented team like the Bruins.

The Lightning will win a playoff round or two, but they won’t reach the Cup Final. 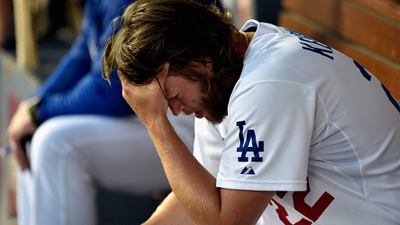 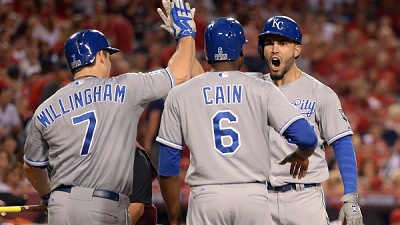