FOXBORO, Mass. — The New England Patriots’ offense will receive the majority of the credit for blowing out the Chicago Bears 51-23 on Sunday, but the defense — the secondary in particular — also deserves some praise.

The performance doesn’t look great on paper, as the defense allowed Bears quarterback Jay Cutler to complete 20 of 30 passes for 227 yards and three touchdowns with an interception, but two of those scores came in garbage time, when the Patriots already led by over 30 points.

The result might have been much different if the Patriots hadn’t signed cornerbacks Darrelle Revis and Brandon Browner over the offseason. They held big wideouts Brandon Marshall and Alshon Jeffery to six catches for 64 yards by mixing zone and man coverage looks before the Patriots’ second-stringers took over in the fourth quarter.

“It felt good, man,” Browner said. “We gave up some at the end. I wish we could have pitched a shutout, or at least kept it at seven, but we got the W, so it feels good.”

Browner was more productive Sunday than he was in his Patriots debut last Thursday, when he was targeted only once. Browner swatted multiple passes and added a physical presence to the Patriots’ defense early.

Browner only played half the team’s snaps against the New York Jets and admittedly was winded after missing six games to start the season because of a suspension and an ankle injury. Browner said he didn’t get tired Sunday, thanks to some extra running after practice.

Browner did give up a touchdown to Bears tight end Martellus Bennett while also drawing a pass interference penalty. The flag looked like it could have gone either way, since there was bumping, grabbing and pulling from Bennett and Browner.

The big tight end was able to make the catch in the end zone while lying on his back, and the Patriots already had a 30-point lead, so it didn’t really matter. Don’t tell that to Browner, though.

“Yeah, he did (hug me down the field). Yeah, it got me sick to my stomach that I gave that up, but he participated, too,” Browner said. “He made a good play on the ball. My hat’s off to him.”

It was Browner’s second penalty of the game and his fourth in two weeks. Browner isn’t planning on changing his approach, though.

“I’m not worried about it. I’m not gonna change my game,” Browner said. “New England knew what they got when they got me. I’m a physical cornerback. Hopefully it don’t hurt me in the end in a big game, but I’ll try to work on it, you know, because penalties can cost you. “ 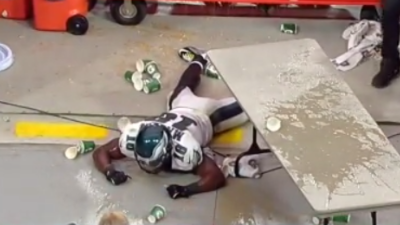 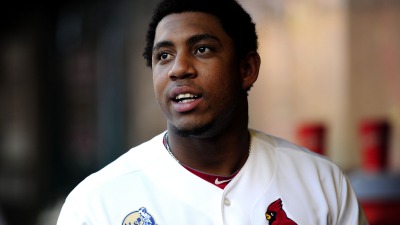