“I don’t think you can ever give a player too much respect. Kyle Lowry’s earned that,” Celtics head coach Brad Stevens said before Tuesday’s practice. “I understand from a standpoint of attacking — he’s got to play with an attacking mentality on both ends of the floor. That’s what Marcus does. I’m guessing that’s what he meant by that.”

However you want to define it, Lowry clearly had the upper hand on the Celtics rookie Friday during the Raptors’ 116-109 win. The ninth-year veteran, who finished with 18 points, six assists and five steals in the game, burned Smart on multiple occasions — something the Philadelphia 76ers’ and New York Knicks’ lesser-skilled guards were unable to do in the Celtics’ first two preseason matchups.

Smart blamed his struggles on giving Lowry too much space to work with and being too inconsistent with his application of pressure.

“You can see me (on the game film) being lenient at times,” Smart said Tuesday. “Times when I picked him up, I was very effective, kind of rubbed him and speeded him up to a different pace that he didn’t want to play at. In the beginning, you could see that that wasn’t what was going on. I let him dictate the game, and he controlled the game.

“… These guards in this league, they’re too great to just let them sit back and dictate the game. It’s going to be hard, but you’ve got to try to make them play at your pace and the way you want to play, otherwise they’ll eat you alive.”

Lowry is not an easy man to defend given his combination of strength and — as Smart puts it — “the speed of a small guy.” Smart still has a lot to learn about the technique of playing point guard at the NBA level, and against a player like Lowry, athleticism alone was not enough to get the job done.

He’ll have another chance Wednesday night, though, when the Celtics and Raptors meet in Portland, Maine, for their second matchup of the preseason. Smart said he plans to up his aggressiveness, but not to the point where he’s flying haphazardly around the court.

“All these guys in the NBA, they’re here for a reason,” the Oklahoma State product said. “They’re going to make you pay if you gamble. You’ve just got to be strategic with it. You have to know when to gamble and when not to.”

Smart will be tasked with guarding Lowry, Deron Williams, Kyrie Irving, Derrick Rose and Russell Westbrook — all within the first eight games of the regular season. With that murderers’ row looming, a few tough preseason matchups could be the best thing for the rookie. 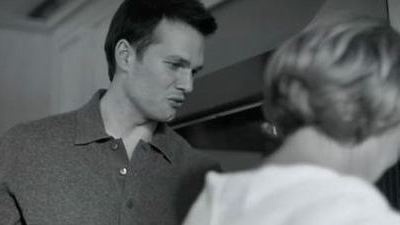