Jake Peavy has the Boston Red Sox?s 2013 World Series victory in his back pocket.

Peavy told The Boston Globe?s Nick Cafardo over the weekend that several members of the Red Sox?s 2013 team still have a text message thread going, with Dustin Pedroia even checking in since the pitcher was traded to the San Francisco Giants in July. As the Giants prepare for their World Series showdown with the Kansas City Royals, Peavy is turning to his cell phone as a source of tutelage.

?I wanted (my Giants teammates) to see the guys who I was with on a world championship team and what they meant to me and how they conducted themselves,? Peavy told Cafardo. ?I wanted them to see what a special teammate Dustin Pedroia was and the fact that he uplifts so many people. On any given day, Dustin, just by the way he acted and got on guys to step up their game, could affect the performances of 10 people.

Peavy was 1-9 with a 4.72 ERA through 20 starts with Boston at the time he was traded to San Francisco in exchange for pitching prospects Edwin Escobar and Heath Hembree. It had been a disastrous season for the 33-year-old, especially with free agency looming, but joining the Giants marked a fresh start.

Peavy thrived down the stretch, posting a 6-4 record and 2.17 ERA in 12 starts with San Francisco. He?ll toe the rubber Wednesday in Game 2 of the Fall Classic.

?It?s been fun trying to see this (Giants) team trying to take on the same identity we had in Boston in 2013,? Peavy said. ?We may not have the greatest roster, but we have a great team — guys who care and who play hard and know what they?re doing out there. That?s what we had in Boston.?

The Red Sox finished the 2014 season with a 71-91 record. They never gained traction amid their World Series defense, prompting general manager Ben Cherington to make several moves geared toward the future. While Boston still has holes to fill before Opening Day 2015, Peavy is among those expecting a quick turnaround.

?We didn?t have a lot of changes, but we had spots on the field — catcher, shortstop and center field, up the middle — that changed and those guys were very important,? Peavy told Cafardo while reflecting on Boston?s 2014 downfall. ?We lost a center fielder (Jacoby Ellsbury) who, in some years, was an MVP candidate. We had a shortstop (Stephen Drew) that made all the plays. We had a catcher like (Jarrod Saltalamacchia) and a switch-hitting bat who got some big hits for us. We lost a huge spirit in (Shane) Victorino, who was hurt.

?And we tried to get that vibe back. I can honestly say the players, pitchers, front office, staff, we all tried to get it back and it never clicked. I remember telling (Cherington), give it a little more time. We think we can get it back.?

The Red Sox never got it back. But Peavy learned a lot from his Boston experience.

So, too, have the Giants. 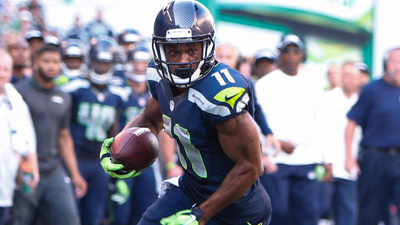