BOSTON — The atmosphere in the Bruins’ locker room following Saturday’s preseason finale against the Detroit Red Wings was a somber one.

Veteran defenseman Johnny Boychuk was traded to the New York Islanders just a few hours before puck drop in a deal that sent three draft picks to Boston.

Boychuk’s former teammates, many of whom won a Stanley Cup with him in the 2010-11 season, were disappointed to see him leave.

“Yeah, well-liked, like you said, popular guy, not just off the ice, for who he was off the ice,” Bruins winger Milan Lucic said. “Everyone respected him for what he did on the ice just as much. A warrior, a guy who played the way that he did and didn?t miss too many games because of his durability, and I think he was a big part of this team, kind of helping solidify that defense corps that we were able to get to that next level, that championship level, and as a guy, as a teammate, just as an overall person and a professional, he?s, I think he?s deeply going to be missed.”

Lucic was Boychuk’s teammate for the defenseman’s entire career in Boston (2008 to 2014). While losing a player of Boychuk’s caliber and character is difficult, the Bruins’ front office does have a good history of making quality trades since Peter Chiarelli took over as general manager in 2006.

“It is hard, but you look at our management and their track record and what they?ve done over the last seven years and what they?ve done with the teams that they?ve put together,” Lucic said. “They?ve always done a great job, so as a player, I?ve never questioned any of the moves that they?ve made trading big names like even (Phil) Kessel and (Tyler) Seguin and we?re still able to be an elite team in the NHL, so we trust that the management believes in the guys that are in this room, and we have to believe in each other as well.” 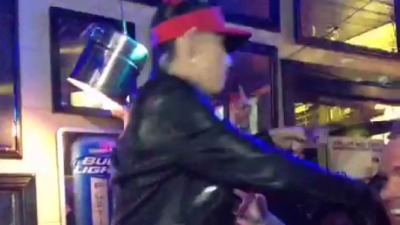