Tom Brady has full support from his coaches and teammates, but some New England Patriots fans are ready to see what “Gameday” Jimmy Garoppolo can do.

Brady wasn’t very good against the Kansas City Chiefs, but his worst moments came in the second half, after the game already had been given away. The Patriots quarterback is 37 years old and in the back end of his career, but he has shown enough in four games to prove that he’s not ready to retire because of “sucking” just yet.

Brady sees eight men in the box and appears to audible from run to pass. Wide receiver Brandon LaFell (at the top of the screen) and Edelman (in yellow) go on fly routes, while tight end Rob Gronkowski (green) stays in to block. Slot receiver Danny Amendola (in red) either is told to block or misses the audible.

Brady’s pass sails over Edelman’s head as the receiver can’t gain separation down the field. It’s odd to see the Patriots still attempting so many deep passes, since it’s an area where Brady really struggles. It’s obvious that the Chiefs weren’t respecting the Patriots’ passing game on second-and-6, so attempting a long pass wasn’t exactly the worst idea, but New England should have run a receiver over the middle.

Brady has 11 personnel (one running back, one tight end, one wide receiver) on offense, and he tried to throw to LaFell for a first down. Brady’s decision to throw to LaFell (in yellow) was a good one, even if he had Edelman (in blue) open, too. Brady just didn’t anticipate that Chiefs defensive back Ron Parker would show superhuman leaping ability to deflect his pass. Brady’s attempt hit the turf at LaFell’s feet after it was batted near the line. Notice Brady has solid pass protection. The Chiefs have eight men in the box again, and the Patriots send LaFell, Develin, Gronkowski and Edelman on routes while Ridley stays in to block. Brady had fullback James Develin (in red) wide open on the right but threw to Gronkowski (in yellow) instead. Gronk eventually was double covered when the safety (in blue) came down, but Brady likely thought the safety would follow Edelman. Gronkowski couldn’t get proper depth on his route because he was blocked out by the safety.

Brady has 21 personnel (two running backs, one tight end and two wide receivers), and only Edelman and LaFell run routes. The Patriots sent just two receivers on routes, and Brady was going to Edelman the whole way. LaFell also was open, but Brady’s pass to Edelman was slightly off and broken up by Chiefs safety Husain Abdullah. The Chiefs loaded the box again, but they only rushed four defenders when the Patriots elected to pass. Oh boy. Probably not a good sign that the Patriots have three offensive linemen falling over themselves at the 27-yard line and three Chiefs defenders are coming after Brady, who has backtracked 19 yards. Kudos here to Nate Solder, who is the only Patriots lineman who succeeded on this play. Marcus Cannon, Bryan Stork, Cameron Fleming and Dan Connolly all let their pass rushers through. Brady had to throw the ball away toward Ridley. Brady was able to evade four pass rushers and nearly hit Edelman (yellow) with a throw on the run. Brady’s pass clanged off Edelman’s hands. Here’s what Brady had to evade. Brady thought he had Edelman (in yellow) open, but Smith (red) was eyeing the play the whole way. Smith broke on the ball and knocked down the pass. Brady had three receivers open in the flat, but he was trying for what looked to be a wide-open receiver down the field. Smith made a great play, and Brady’s throw was slightly late. This play is so ugly, it’s unclear whether Brady, Edelman (yellow) or LaFell (blue) messed up. Either way, the pass was intercepted by Smith (in red). Here’s where Edelman and LaFell wound up when Smith picked off the pass. The most Edelman, or LaFell, could have done if they had run proper routes was knock down Brady’s pass. Brady’s second interception and final pass of the game was slightly more forgiveable. Abdullah jumped in front of Brady’s throw and took the pick back for a touchdown. Brady could have avoided the interception by throwing to LaFell earlier, though it would have been a tight window to fit the ball. Overall, Brady had four bad passes, the Chiefs made two great plays, the Patriots’ offensive line was to blame for one incompletion, Edelman dropped one pass and there was miscommunication on one of the interceptions. Brady also was sacked twice, thanks to some sloppy offensive line play. 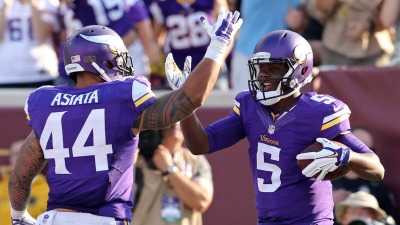 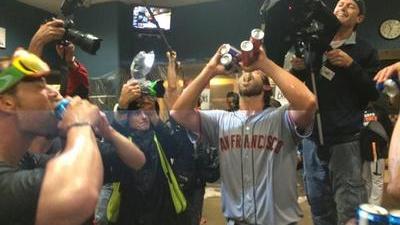