LeBron At The Garden: A Look Back At King James' History In Boston - NESN.com Skip to content Throughout LeBron James’ career, the NBA superstar’s rivalry with the city of Boston has been a curious one.

The Celtics never have been rivals with James’ teams (remove him and their relationship with the Cleveland Cavaliers and Miami Heat has been perfectly cordial) but rather with LeBron himself.

So, with James set to return to TD Garden on Friday, we broke down some of the most memorable moments he’s had on Boston’s parquet floor.

James’ first visit to the Garden (then known as TD Banknorth Garden) came just nine games into his NBA career. His 35 minutes are tied for the fewest he’s ever played in a game in Boston.

The first of many monster games LeBron would enjoy in Boston also was his first true shootout with eventual nemesis Paul Pierce. Pierce also logged 54 minutes in the game and matched James’ 43 points with 50 of his own — all without either hitting a single 3-pointer. The 2005-06 season ended with James’ first playoff berth, as his Cavs advanced to the Eastern Conference semifinals before falling to the Detroit Pistons in seven games.

Here’s where the fun really started. James was atrocious in his first playoff matchup with the Celtics, going just 2-for-18 from the floor and 0-for-6 from 3-point range. The Cavs lost despite holding the C’s to fewer than 80 points, and another loss two nights later dropped them into a 2-0 hole in the series.

James played all but one minute in the series’ deciding game but fell short thanks to another dynamite performance by Pierce (41 points, 4-for-6 on 3-pointers). LeBron attempted 11 threes in the game but hit just three, finishing the series a miserable 3-for-26 from beyond the arc in Cleveland’s four losses.

After raising their championship banner, the Celtics took down LeBron and the Cavs in their season opener.

The 29-point beatdown in Game 3 was the largest a LeBron-led team has ever put on the Celtics.

James’ efforts again were not enough as the Celtics sent the Cavs packing for the second time in three seasons. He turned in a triple-double in what proved to be the final game of his first stint in Cleveland — but the lasting image of the night is that of James shedding his Cavs jersey after the final buzzer sounded.

James returned to Boston for his first game with the Miami Heat. The Celtics welcomed back him accordingly.

After losing five straight in Boston, LeBron finally got his revenge. The Heat’s overtime win gave them a 3-1 lead in a series they went on to clinch two days later.

After wins in Games 3, 4 and 5, the Celtics had two chances to knock off Miami’s Big Three and advance to the NBA Finals. James would have none of that. He shot a ridiculous 19-for-26 from the floor in a Game 6 blowout. The Heat went on to take Game 7, too, marking the end of an era in Boston.

This was an emotional one for the Celtics, being both Ray Allen’s first game back in Boston and the team’s first after Rajon Rondo was lost for the year with a knee injury. James led all scorers, but Pierce’s triple-double powered the C’s to their signature win of what was an otherwise disappointing season.

James did not play when the Heat traveled to Boston last season, making Friday’s visit to the Garden his first in almost 18 months. 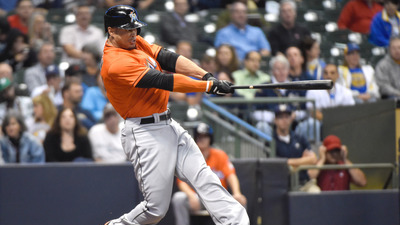 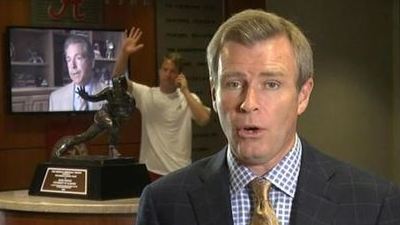