The Boston Bruins continue their three-game road trip with a Wednesday night matchup against the Minnesota Wild.

Boston has only one win in December (1-4-2 overall) and is 0-5-0 in the second game of back-to-backs this season. The B’s played pretty well Tuesday night in Nashville, but they were only able to secure one point in a 3-2 shootout loss to the Nashville Predators.

Minnesota also has struggled with three losses in its last five games, which has dropped the Wild three points out of the second wild card playoff spot in the Western Conference.

Here’s a quick preview of Bruins-Wild.

Bruins Player To Watch: Carl Soderberg has a 15-game goalless drought with two shots or fewer in nine of those matchups. He does have six assists in that span, but the Bruins need more goals from the Swedish forward while first-line center David Krejci is out of the lineup with an injury. Soderberg also needs to improve on faceoffs. He’s won just 45.9 percent of his draws this season.

Wild Player To Watch: Thomas Vanek scored his fourth goal of the season for the Wild on Thursday night. He was expected to be a more prolific goal scorer after signing a three-year, $19.5 million free-agent contract in the summer. Vanek has nine 20-goal seasons on his resume but he’s not on pace to reach that mark this season.

That said, he is a point-per-game player against the Bruins in his career. Vanek also tallied six points (one goal, five assists) and 17 shots on goal in six regular-season games against Boston last season.

Key Stat For Bruins: Boston’s power play has scored on just one of its last 13 opportunities in December (seven games). The power play also is 1-for-24 in the last 13 games. Scoring with the man advantage won’t be easy Wednesday night against a Wild team with the third-best success rate on the penalty kill at 86.7 percent.

Key Stat For Wild: The Wild allow 25.9 shots per game, which is the fewest in the league. They also take 53.3 percent of shot attempts during 5-on-5 play, the third-best mark in the league. Minnesota is a physical, well-structured defensive team that clogs shooting lanes and makes it difficult for the opponent to generate scoring chances. Most of the shots that the Wild give up are from the perimeter.

The Bruins need to establish a net-front presence in and around the crease and consistently make clean attacking-zone entries to create scoring chances. If they don’t, the Bruins likely will fail to score more than two goals for the 13th time since Nov. 12. 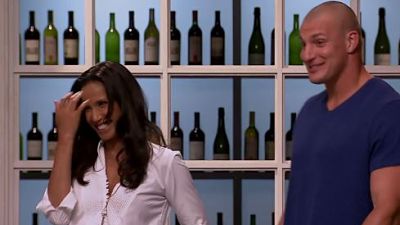