The rumor mill is a’churning in the NBA, and the star attraction is, of course, Rajon Rondo. Reports have been circulating since Wednesday night that the Boston Celtics are in talks with several teams about potentially moving the point guard, with the Dallas Mavericks reportedly farthest along in negotiations.

Rondo’s teammates have been through this song and dance before.

Celtics forward Gerald Wallace — a veteran of 14 NBA seasons — said before Thursday’s practice session that he’s never played with a player who attracts as much trade speculation as Rondo.

“I haven’t, but he’s a special guy and a special player,” Wallace said. “I’m pretty sure a lot of teams in the NBA (would want him), as well as the Boston Celtics. It comes with the territory. It comes with being him and being able to do the things that he does. His future is his future, and whatever he decides to do is his business.

“Our job is to go play basketball. If it happens, it happens. If it doesn’t, it doesn’t. We can’t control it, so there’s no use worrying about it.”

Some other notes from Thursday’s practice:

— Head coach Brad Stevens said rookie Marcus Smart would return to practice Thursday after missing the last two games with an Achilles strain. Don’t pencil him back into the lineup for Friday’s game just yet, though; Smart also was a full practice participant Tuesday before removing himself midway through the session.

“We’ll have Marcus available again in practice, and see how it goes,” Stevens said.

— Wallace was held out of practice, but Stevens said the veteran forward should be good to go by Friday night. Wallace, who has taken on more of a leadership role this season and played sparingly off the bench, said he had some fluid drained from his knee and is resting it as a precaution.

— Wallace also delivered the quote of the morning when asked about his ability to do “the little things.”

“Well, I can’t shoot that good,” he said, “so I have to figure out some other way to play.”

— Stevens played Rondo and point guard Phil Pressey together at times during Wednesday’s 109-92 win over the Orlando Magic. We’d seen Rondo share the court with Smart earlier this season, but this Rondo-Pressey combo was a new one — one Stevens said he’s used only sparingly even in practice.

“I mean, when you have two point guards out there, the flow of the offense should be running perfectly,” Pressey said Thursday. “There’s no reason why things shouldn’t be going how they should be. And defensively, I feel like we really pressure and get after guys when you have two guards who are quick. It worked (Wednesday) night, and I look forward to doing it again.” 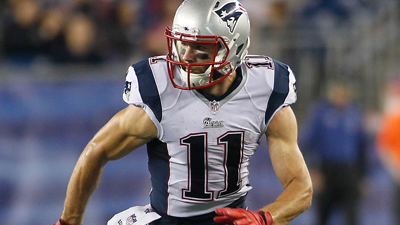