BOSTON — The Celtics let yet another fourth-quarter lead slip away Wednesday night but ultimately prevailed in overtime, knocking off the Detroit Pistons 109-102.

?I didn?t think he looked ready,” head coach Brad Stevens said. “Had nothing to do physically; he hasn?t practiced. I felt like it would be better to go with Phil (Pressey) and Gerald (Wallace). They would give us the same things that Marcus gave us, and they?ve been traveling with the team and everything else. It?s kind of tough to just throw him in there. I hadn?t even seen him until we got to the gym (Wednesday).?

— Jeff Green led all scorers with 32 points and did the bulk of his damage from beyond the arc, drilling a season-high six threes. Stevens commended Green’s aggressiveness, which helped the forward reach the foul line 10 times — more trips than he’d made in his last three games combined.

Green was a perfect 10-for-10 from the line, making him just the third player in Celtics history to make six 3-pointers and 10 free throws in one game. Paul Pierce in 2006 and David Wesley in 1995 were the others, per C’s radio play-by-play man Sean Grande.

— Rajon Rondo struggled again (two points on 1-of-6 shooting, eight assists, three rebounds), prompting Stevens to instead use Evan Turner at the point for two key late-game possessions. This decision partially was based on free-throw shooting: Turner is shooting 92 percent from the line, while Rondo ranks last on the team at 30 percent and has not made a foul shot since Nov. 23.

?I?ve not been myself,? Rondo said after the game, via WEEI.com. ?I haven?t been as aggressive. I haven?t been making shots. I?ve been turning the ball over. So, like I said, a lot of those losses I put on myself, and I?ve got to find a better rhythm.?

— Avery Bradley played just 1:34 in the fourth quarter and not at all in overtime. His six points tied his season low and snapped a streak of five straight games in double figures.

— Kelly Olynyk excelled in the final three quarters after struggling in the first. The center’s effort came after four consecutive subpar outings, and Stevens delivered one of the quotes of the night when asked how he can get the good Olynyk to show up on a consistent basis.

“Everybody’s going to have a tough stint,” the coach said. “The good part is, he had a tough stint, but it didn’t effect his whole night. It’s OK have a tough stint and be able to respond to that. I don’t know the answer to your question, and I don’t think it’s applicable only to one person. I think it’s applicable to coaches, players, people in every industry, people that woke up on the wrong side of the bed in the morning and everything else. If you find the answer, please email me and let me know.”

— Detroit’s big-man tandem of Andre Drummond and Greg Monroe combined for 56 points and 21 rebounds in the loss. Drummond, a UConn product, also racked up five blocks, including one on a Green floater at the buzzer that could have won the game for the Celtics. 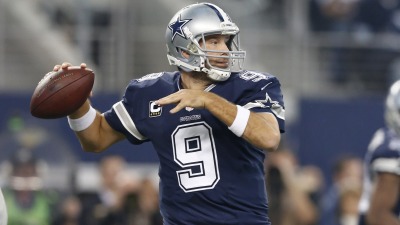