Jameer Nelson Forced To Adapt To New Role With Celtics After Trade - NESN.com Skip to content

For the better part of a decade, Jameer Nelson’s NBA existence was a stable one.

Nelson played his first 10 professional seasons with the team that drafted him, the Orlando Magic. The team’s success fluctuated over the years — peaking with an NBA Finals appearance in 2008-09 and bottoming out when Orlando posted the league’s worst record four years later — but Nelson always was the constant.

Nelson never was the star of those Magic squads; that honor belonged to a young Dwight Howard. But when he arrived at the arena each night, he knew what his role would be.

Now, that all has changed.

Nelson signed with the Dallas Mavericks as a free agent this past summer, then was traded to the Boston Celtics last week as part of the deal for Rajon Rondo.

In Dallas, Nelson’s job largely remained the same. Though he was averaging nearly four fewer minutes per game than his career average, he was the Mavericks’ starting point guard for each of the 23 games he played in.

But through just one game with the Celtics, it’s clear head coach Brad Stevens has different plans for the 32-year-old.

Nelson came off the bench Sunday against the Miami Heat, scoring three points in 20 minutes. Nelson was given the starting nod for Tuesday’s game, his first back in Orlando as an opponent, but with the team’s desire to develop rookie Marcus Smart and the presence of the versatile Evan Turner on the roster, those opportunities likely will be few and far between.

It’s an adjustment Nelson is doing his best to take in stride.

“My job is to play, no matter where it is,” Nelson told reporters Monday in Orlando, via the Orlando Sentinel. “I’ll give everything I have to the team that I’m on and everything I have for the guys in the locker room, the knowledge that I have, and try to help the coaches out as much as I can once I get comfortable.

“If you look at the situation, people are calling me and asking if I’m OK. I’m like, ‘I’m OK.’ I’m playing basketball for a living, something I love to do, something I’m blessed to have and be a part of this team.”

Nelson is not a part of Boston’s long-term plans. There’s plenty of speculation that he might not even be with the team come spring. But while the 11th-year vet isn’t expected to contribute much on the court, his experience and leadership qualities could prove beneficial in what is a very young Celtics locker room.

?As a point guard, you?re put in a position to lead,” Nelson said Thursday at his introductory news conference in Boston. “Sometimes you have to get out of your comfort zone to lead, which is definitely fine to me. I accept all the challenges. I have throughout my 10 years, this is my 11th, in every locker room I?ve earned respect from guys just from things I?ve accomplished in my career, teams I?ve been on, from the way I carry myself. I?m just here to help any way I can.? 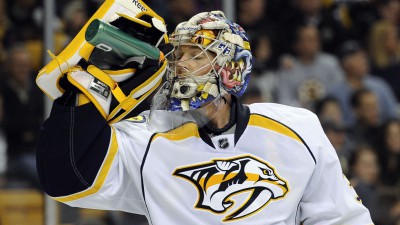 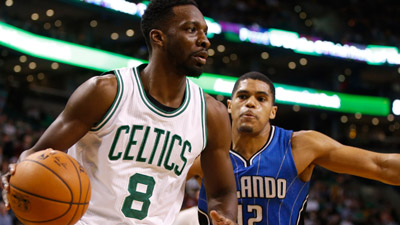