BOSTON — The Bruins closed a very successful month of January with a 3-1 win over the defending Stanley Cup champion Los Angeles Kings on Saturday night.

Bruins forward Carl Soderberg scored the game-winning goal at 14:36 of the third period, just 1:36 after Kings forward Jordan Nolan tied the score at 1-1 with his first goal since Nov. 29.

The B’s lost just once in regulation all month and finished with an 8-1-3 record. Boston’s next game is Wednesday against the New York Rangers at Madison Square Garden.

Here are three takeaways from Bruins-Kings:

Both teams established a physical tone right from the start with several huge, clean hits. Adam McQuaid laid a massive hit on Justin Williams along the boards in the Bruins’ zone, resulting in Kings forward Jordan Nolan coming to his teammate’s defense. No fight ensued, though.

A few minutes later, Kyle Clifford hit David Krejci in the B’s zone, but the Bruins forward fortunately was able to evade most of the collision at the last second. Bruins captain Zdeno Chara immediately went over to Clifford and they had a brief altercation before returning to the ongoing action. Milan Lucic crushed Kings captain Dustin Brown along the benches at the end of the same shift. Brown also was rocked at center ice toward the end of the period by a Dennis Seidenberg hip check.

The teams combined for 30 hits through the first 20 minutes. Boston was credited with 16. Three or four of these hits/collisions could have resulted in penalties, but the referees decided to keep it 5-on-5 the whole period.

Marchand played exceptionally in the first 40 minutes and was rewarded with a goal on his second-to-last even-strength shift of the second period.

He entered the attacking zone and did his trademark pull-up move, but L.A. defended it well. Marchand battled to keep the puck in the zone and when he got it back, the B’s winger sniped a snapshot past Kings goalie Jonathan Quick to open the scoring.

It was the first goal Quick had given up against Boston in nearly 100 minutes of play dating back to L.A.’s 2-0 win on Dec. 2.

Marchand added an empty-net goal late in the third period and leads the Bruins with 15 goals scored.

The score would have been a lot higher without stellar goaltending in each crease. Tuukka Rask made 30 saves on 31 shots for his 22nd win of the season. His most impressive save was a breakaway stop on Kings forward Nick Shore in the second period. 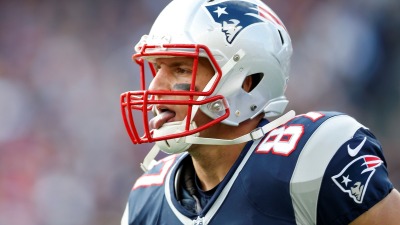