The Boston Celtics have undergone such a transformation over the past two seasons, even one of their oldest nemeses hardly recognizes them.

When asked by the Boston Herald’s Steve Bulpett this week whether he can name five current Celtics players, Los Angeles Lakers star Kobe Bryant responded with a simple, “Nope.”

Not a single Celtic remains from the team that toppled Bryant’s Lakers in the 2008 NBA Finals — or, for that matter, from the C’s squad L.A. beat to win the title in 2010. Even for Bryant, who typically sees the Celtics just twice per season, the results of team president of basketball operations Danny Ainge’s recent flurry of trade activity have taken some getting used to.

?Yeah, that?s strange to see,? Bryant told Bulpett, ?but I guess it?s what they?ve got to do. What?s really weird is my kids, when we watch TV and we watch the games. They?ll see Kendrick Perkins and they?ll see Paul (Pierce) and see (Kevin Garnett) in different places, and they?ll be like, ?Wait, what are they doing there?? You know what I mean? It?s like really awkward. And it puts things in perspective, because I?m seeing things from their perspective.?

This season’s biggest deal, the one that officially closed the book on the Celtics’ Big Three era, came in December, when Boston shipped point guard Rajon Rondo to the Dallas Mavericks. Bryant reportedly made a hard push to recruit the four-time All-Star to Los Angeles, and he said he won’t give up that effort until Mavs owner Mark Cuban locks Rondo up for the long haul.

?No way,? Bryant said. ?I?m not done. I?m not stopping until he signs an extension.? 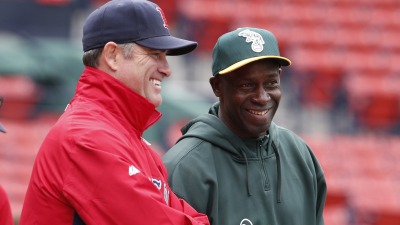 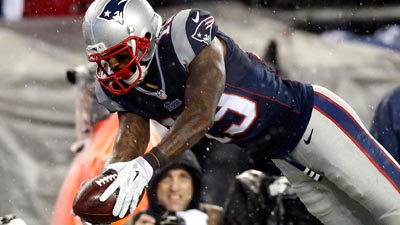