A moment from training camp stands out as the New England Patriots’ regular season is over and the postseason is set to begin.

While the Patriots were practicing special teams, Bill Belichick pulled aside quarterback Tom Brady, tight end Rob Gronkowski and cornerback Darrelle Revis to work together on goal-line routes. It was half-speed, but the drill featured Revis matched up with Gronkowski one-on-one to get the big tight end used to going up against an opponent on his surgically repaired ACL.

Five months later, Brady, Revis and Gronkowski were undoubtedly the Patriots’ three most important players, carrying the team to a 12-4 record, and their most-balanced team since 2007.

With the season over, let’s go through some end-of-the-year awards and superlatives:

ROOKIE OF THEY YEAR: Bryan Stork
The Patriots’ fourth-round draft pick and rookie center assisted in pulling the offensive line together after Week 4’s debacle against the Kansas City Chiefs. He improved as the season progressed, and it appears that the Patriots found their long-term solution at center.

BIGGEST BREAKOUT: Jamie Collins
Collins had a tremendous end to the 2013 season, but he still spent much of last year as a reserve linebacker behind Jerod Mayo, Dont’a Hightower and Brandon Spikes. Collins really started to break out this year after Mayo went down with a season-ending injury in Week 7 against the Bills. Collins took on more responsibility, and with it came better play.

ASSISTANT COACH OF THE YEAR: Patrick Graham
Graham switched from the defensive line to linebackers this season, and somehow his unit continued to play well through plenty of upheaval. Mayo was injured, the team had no depth to start the season, Akeem Ayers and Jonathan Casillas were added at the trade deadline, he had to coach a 3-4 and 4-3, etc., etc. Graham, a Yale graduate, seems to have a bright future in the NFL.

MOST UNDERRATED PLAYER: Kyle Arrington
This might always be the Patriots’ slot cornerback, because he developed a poor reputation a few years back. Arrington is a great player, and he remained a starter even after the Patriots added Darrelle Revis and Brandon Browner over the offseason.

BIGGEST BOUNCE-BACK: Ryan Wendell
Wendell struggled at center last year, and he didn’t come out of the summer with a starting role. Captain Dan Connolly started at center with Marcus Cannon at left guard and Jordan Devey at right guard. That combination stunk, and Wendell was made a starter in Week 5, when the Patriots’ offense finally turned the corner against the Cincinnati Bengals.

Wendell was the Patriots’ most consistent offensive lineman this year, and he had the second best season behind Sebastian Vollmer.

MOST IMPROVED: Patrick Chung
Chung was drafted in the second round of the 2009 NFL draft, and his first tenure with the Patriots had up and down moments. The safety signed a one-year deal to return to the Patriots this offseason after a year with the Philadelphia Eagles, and he had a fantastic season, finally able to play to his strengths as a strong safety.

BEST MIDSEASON PICKUP: Akeem Ayers
Injuries began to ravage the Patriots midway through the year when Mayo, defensive end Chandler Jones and running back Stevan Ridley all went down in the course of two weeks. The Patriots acted swiftly in replacing them — and more — by trading for Ayers and linebacker Jonathan Casillas, and signing running back LeGarrette Blount and defensive lineman Alan Branch off the street.

Ayers had the best season among midseason pickups with four sacks as a hybrid linebacker/defensive end.

OFFENSIVE PLAYER OF THE YEAR: Tom Brady
Brady recovered nicely after a down season — for him — in 2013, when he completed just 60.5 percent of his passes with an 87.3 passer rating.

This season, Brady threw for 4,109 yards with 33 touchdowns and nine interceptions with a 97.4 passer rating and 64.1 completion percentage.

Brady put any thought that he was no longer “elite” to rest.

DEFENSIVE PLAYER OF THE YEAR: Darrelle Revis
Revis could win any number of awards, including best offseason pickup, but he definitely takes the defensive MVP on the Patriots.

Revis allowed 532 yards on 37 catches and 78 targets with two touchdowns allowed and two interceptions. He allowed just 6.8 yards per attempt and a 47.4 completion percentage while covering the opposing teams’ best receivers.

MVP: Rob Gronkowski
The biggest reason for Brady’s bounce-back season was Gronkowski’s health. After a shaky first four weeks on his surgically repaired knee, Gronkowski was back and better than ever.

This award could have gone to Brady, or even Revis, and there are arguments to be made for both. But Gronkowski is so much better than the next best player on the Patriots at his position that he becomes the most indispensable and valuable.

Brady’s backup, rookie Jimmy Garoppolo, might not be ready for primetime yet, but he’s better depth than anything the Patriots have as an inline tight end. 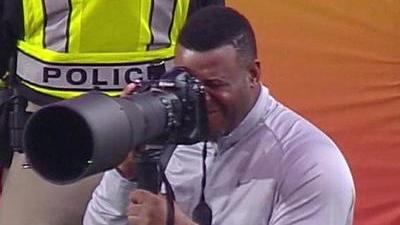