Prince, whom Boston acquired from the Memphis Grizzlies in the Jeff Green trade, will turn 35 next month. While that’s by no means old by conventional standards, on a team as young as the Celtics, that’s practically elderly.

There are players in the C’s locker room who are five, 10 and even 15 years Prince’s junior (yes, Prince already had a year of high school under his belt when rookie James Young was born). Even veteran leaders Brandon Bass (29) and Gerald Wallace (32) are younger.

One would think the longtime Detroit Piston has no place on this Celtics squad, which already has jettisoned experienced pros in Green, Rajon Rondo, Jameer Nelson, Brandan Wright and Nate Robinson in the last six weeks alone. This is a team that wants to get young, stockpile draft picks and turn its attention to the future.

There were reports that Prince would be bought out before he ever played a game in Celtics green, and president of basketball operations Danny Ainge surely is working the phones with hopes of moving him, especially after Prince’s 19-point, five-assist effort in Monday night’s 99-90 win over the Utah Jazz.

But Steve Bulpett of the Boston Herald reported over the weekend, citing league sources, that Boston might hang on to Prince if Ainge cannot swing a deal for him by the Feb. 19 trade deadline, and for a Celtics team lacking in the leadership department, that might not be the worst idea.

Prince was instrumental in the Celtics’ victory over the Jazz, their third in four games as their six-game Western Conference road trip continued. He scored 10 second-quarter points on 4-of-6 shooting as the C’s poured in a season-high 38 in the frame, then played all 12 minutes of the fourth quarter to help stabilize things after his squad nearly blew a 24-point lead in the third.

?Gerald Wallace and Tayshaun Prince came in and did a great job of changing the pace, changing the aggressiveness of what we did,” center Tyler Zeller told CSNNE sideline reporter Abby Chin. “They did a great job, and you?ve got to give them a lot of credit for it.?

His contributions weren’t just of the on-court variety, either. Prince told reporters that he addressed his teammates at halftime, telling them the game was “far from over.” (That statement proved to be true, as the Jazz made it a two-possession game with less than a minute to play.)

If the Celtics are interested in having a veteran role model for their bevy of youngsters, maybe this guy is worth holding on to. 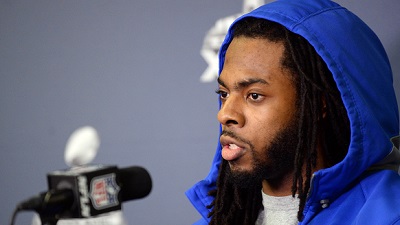 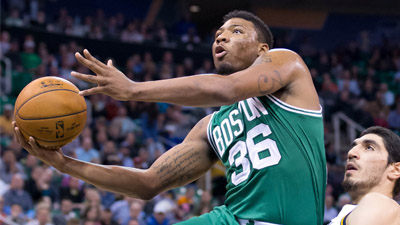