Tom Brady: Trick Plays 'Part Of Football'; Teams Must 'Prepare For Everything' - NESN.com Skip to content

The New England Patriots faced a tough challenge Saturday night, forcing them to dig deep into their bag of tricks.

Twice the Patriots overcame 14-point deficits on their way to beating the Baltimore Ravens in an AFC divisional-round matchup. On more than one occasion, the Patriots resorted to trick plays, and a rarely seen offensive linemen formation had Baltimore head coach John Harbaugh claiming the plays were “deception.”

Patriots quarterback Tom Brady shot back Saturday night and elaborated on his “study the rulebook” comments Monday morning during his weekly appearance on WEEI’s “Dennis and Callahan Show.”

“Let me say first that I have a lot of respect for (Harbaugh) as a coach and obviously that team is one of the toughest we’ve faced. It?s always a tough matchup,? Brady said. ?It was a play that we liked and we thought would work. We had a couple of versions of it. It?s kind of an alert play for our team, and we made three important plays on it. They all contributed to winning, and I?m sure he was always trying to figure out what to do. That?s what it looked like to me.

“We had to execute it. We had to make the appropriate calls and block it and make the plays, and I was proud of us that we were able to do that. There was a lot of execution that goes into the offensive part of making that happen. It helped us move the ball down the field and ultimately score some points. That was a good weapon for us. It?s part of football. You?ve got to prepare for everything. I know offensively we try to prepare for everything on defense. You talk about all the situations that come up. (Offensive coordinator Josh McDaniels) really called it at the perfect time.”

The Patriot also used trickeration in the third quarter when they pulled off a perfectly executed wide receiver pass as Brady threw to wide receiver Julian Edelman, who threw downfield to Danny Amendola for a game-changing touchdown.

“Just what a great contribution,” Brady raved. “He and Danny got a great connection. For those two to hook up like that was pretty sweet. It was the perfect time to call it, we got the perfect defense. Jules made a perfect throw, Danny made a great catch and run. That?s why you draw them up.”

It’s safe to say New England’s next opponent, the Indianapolis Colts, will be ready for both this Sunday in the AFC Championship Game. 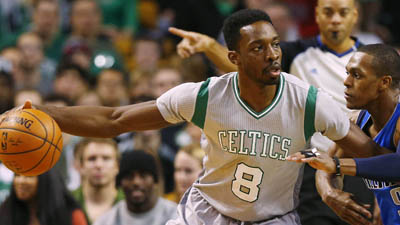 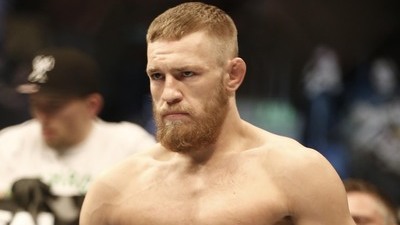 Conor McGregor: I See Myself As The Face Of The UFC, The Headliner, The Champion