Alex Rodriguez said he was sorry, but it’s how he did it that has everyone talking.

The New York Yankees third baseman released a formal apology Tuesday, as he said he was sorry for all those performance-enhancing drugs and the ensuing lying. To prove how sorry and heartfelt he really is, Rodriguez did so in a handwritten letter.

The letter was written in cursive, and because this is 2015 and apparently there’s nothing better to do than break down someone’s handwriting, penmanship experts dug in and reached conclusions. One handwriting expert was pretty blunt when speaking to the Wall Street Journal.

“He writes like a girl,” certified master graphologist Paula A. Sassi said. “Feminine writing is more rounded, with a lot of connections, which he has throughout this. And a right slant. Masculine writing tends to be more angled, straight up and down, maybe printed.”

It’s not “you play ball like a girl,” but it’s something.

The writing also offers proof that, get this, A-Rod is kind of vain and ego-driven.

Sassi continues, adding the way Rodriguez has “a higher hump on the third hump” of the letter “M,” means he’s “very self-conscious.” 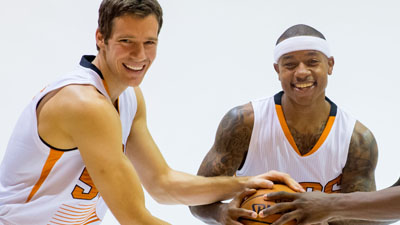